Bill Yallup Jr (Yakama) talks about Kamiakin’s attempts to join tribes into one to face the incoming white settlers and keep their lands. 4:14.

Bio: Chief William Yallup Jr. is a respected elder and river chief. His father is Chief William Yallup, Sr. and he is a direct descendant of treaty signer Wish-Och-Kmpits, and can trace relations to the chiefs Kamiakin and Skloom who were present for the treaty signing. Bill Yallup Jr is a keeper of oral history related to the treaties and strong advocate for treaty related rights.

“Kamiakin was a real curious kind of guy but he understood things and he stood up for things. He wasn’t great in stature, maybe 5’8, 5’9, but he stood up for things and people looked up to him for that reason. Willing to learn, he was open to learning and he wasn’t a what you call a wise person but he had a lot of understanding. And he used that understanding to help to form things, ideas and things. So when the Catholic priest came to Yakima Valley he went and talked to them. He watched them. He saw them farming and doing things and he went and talked to them and listened to them. They were telling him you know, the Americans are coming. The white Americans are coming and they’re going to be great, great masses of people coming. Kamiakin couldn’t understand that–Nah, there’s not going to be a tidal wave of white people coming across the mountains to our land here. And they go, ‘Oh yeah they will. They’re coming. You’ve got to be prepared.’ And he said well I’ll go and talk to them. They said if you go out there by yourself you’re going to be overwhelmed. One man, one little group of people, one band of people. You know, four, five hundred people aren’t going to have the strength to stop the masses. The masses will come in and no matter what agreements you sign or what you want. So they talked to Kamiakin about these things and they talked about the history of the United States and these…and Kamiakin goes if I get all the other people to meet and agree to sign a document making one great nation then those masses of people coming from the East Coast will have to stop and honor that agreement that these people have signed. Of course when the treaty of 1855 Walla Walla started they already splintered. First the Nez Perce, the Cayuse, the Wallas Wallas and then the Umatillas broke. And then Moses and his group, they broke off. They didn’t want to sign with the Yakamas. The original intent was to sign a treaty making a reservation from Idaho and Oregon to the Cascade mountains. One big huge reservation and the center of it would be down there by Tri-Cities. That would be the headquarters of that reservation but they broke off and splintered. So all these different tribes signed their own agreement. And when the masses showed up they broke the agreements and all the different tribes were splintered, broken and they were easy to push aside when the war started. But if they kept together as Kamiakin wanted who knows what would’ve happened, how it would’ve been today if everyone had stayed together as one instead of splintering.” 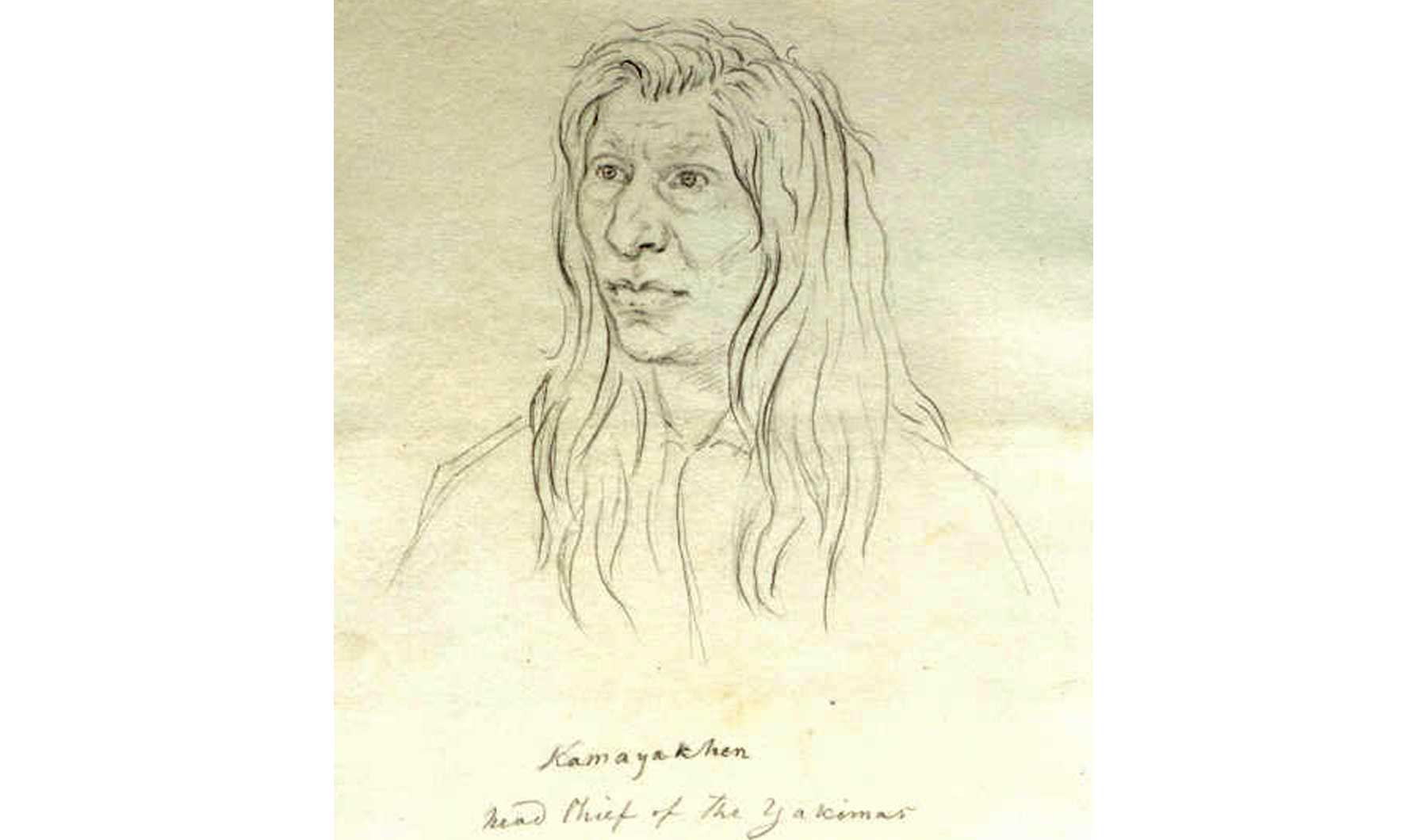