“What the Confluence Project [intends] is to reveal the deeper history of the place. Go out and read each Story Circle. Each one frames and tells you a little bit more about this place in terms of the Native American tribes who came here, and this was a very important place for them.” – Maya Lin 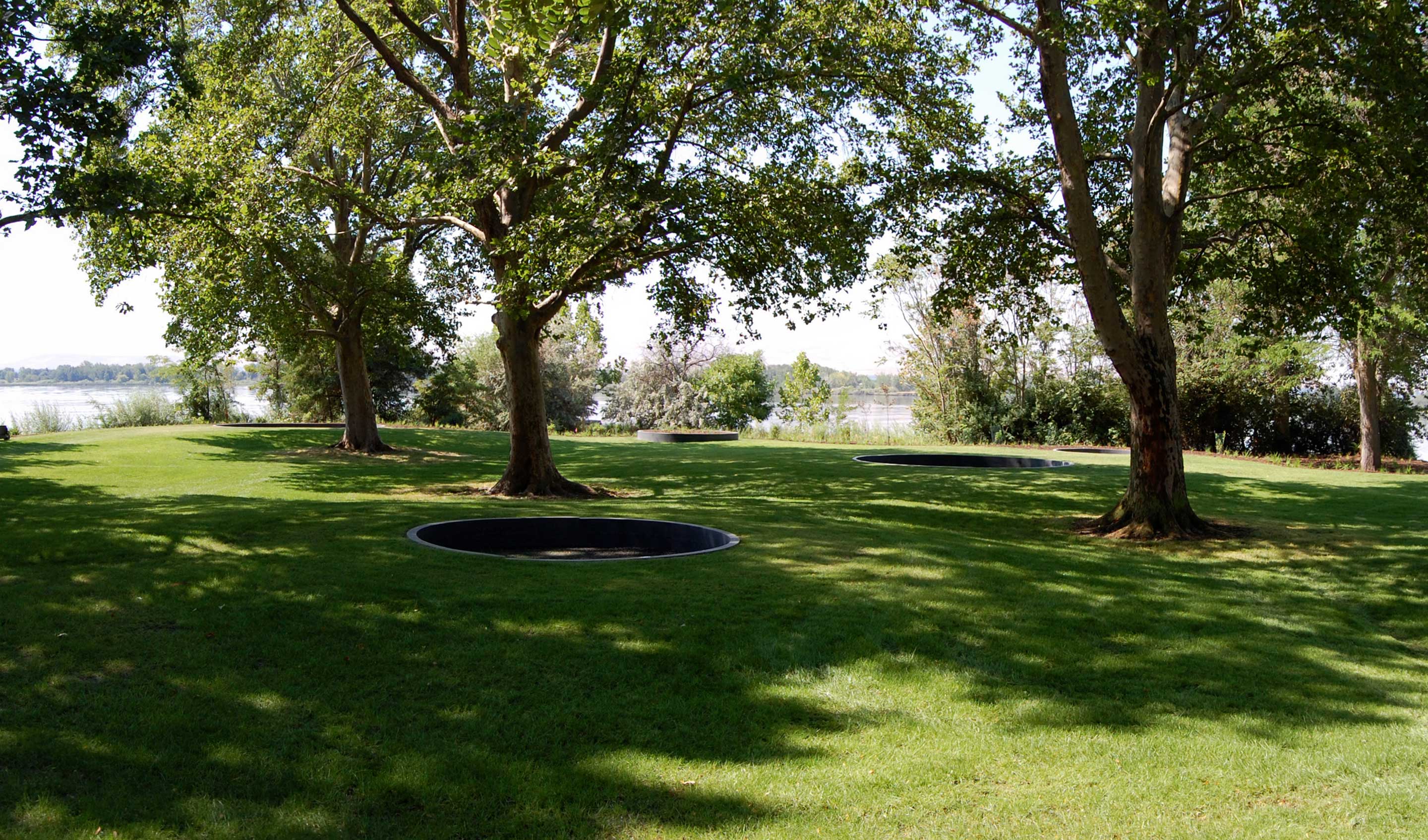 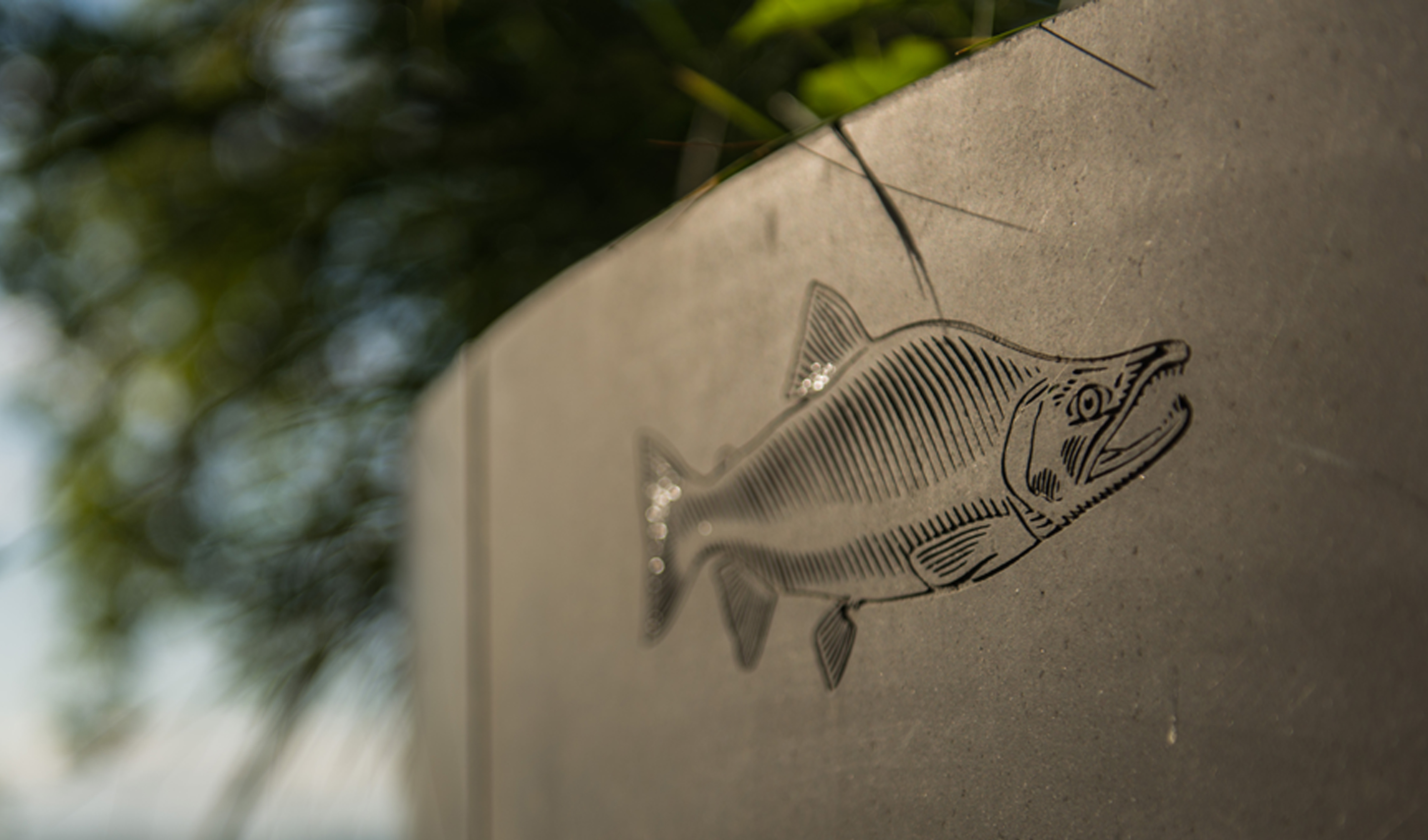 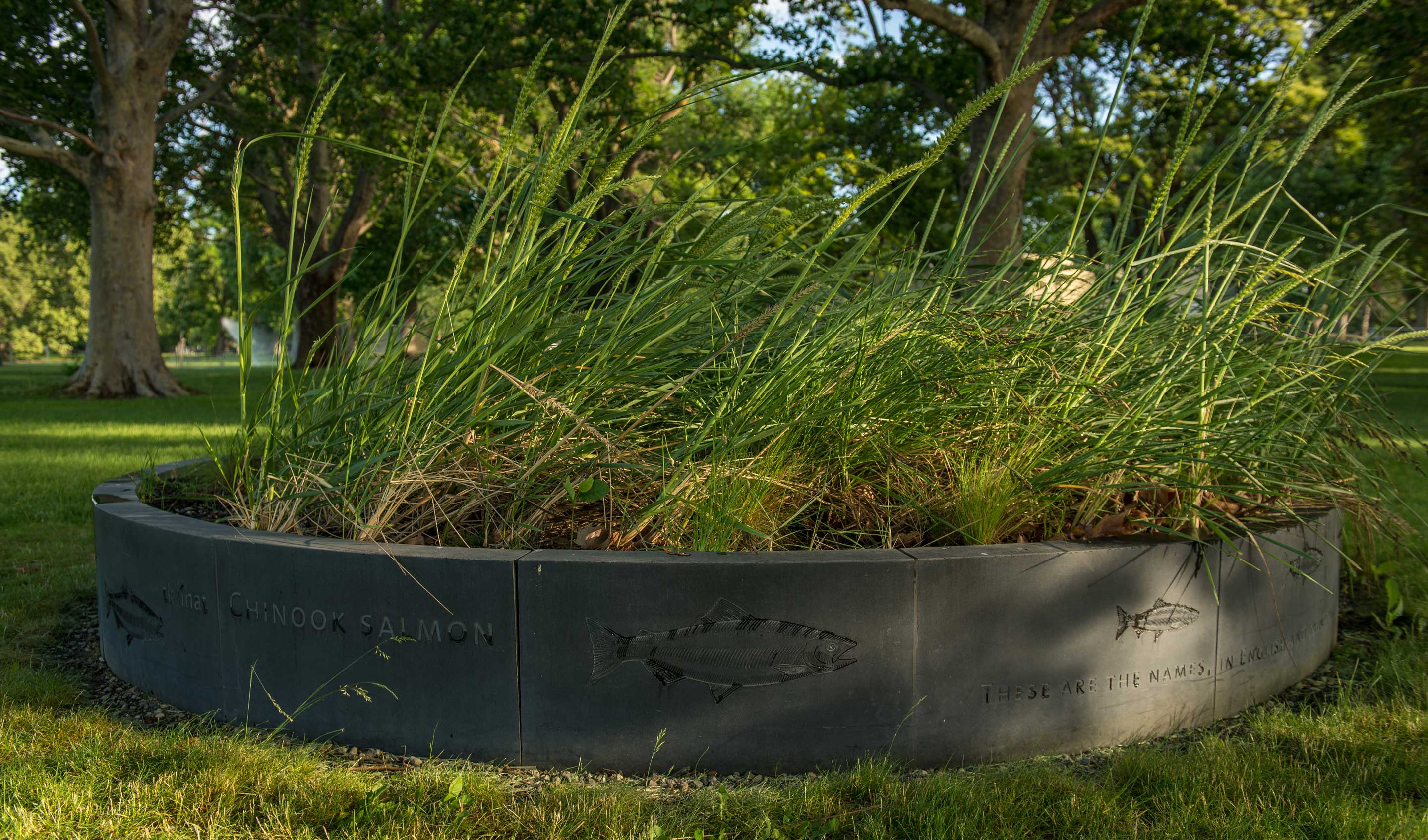 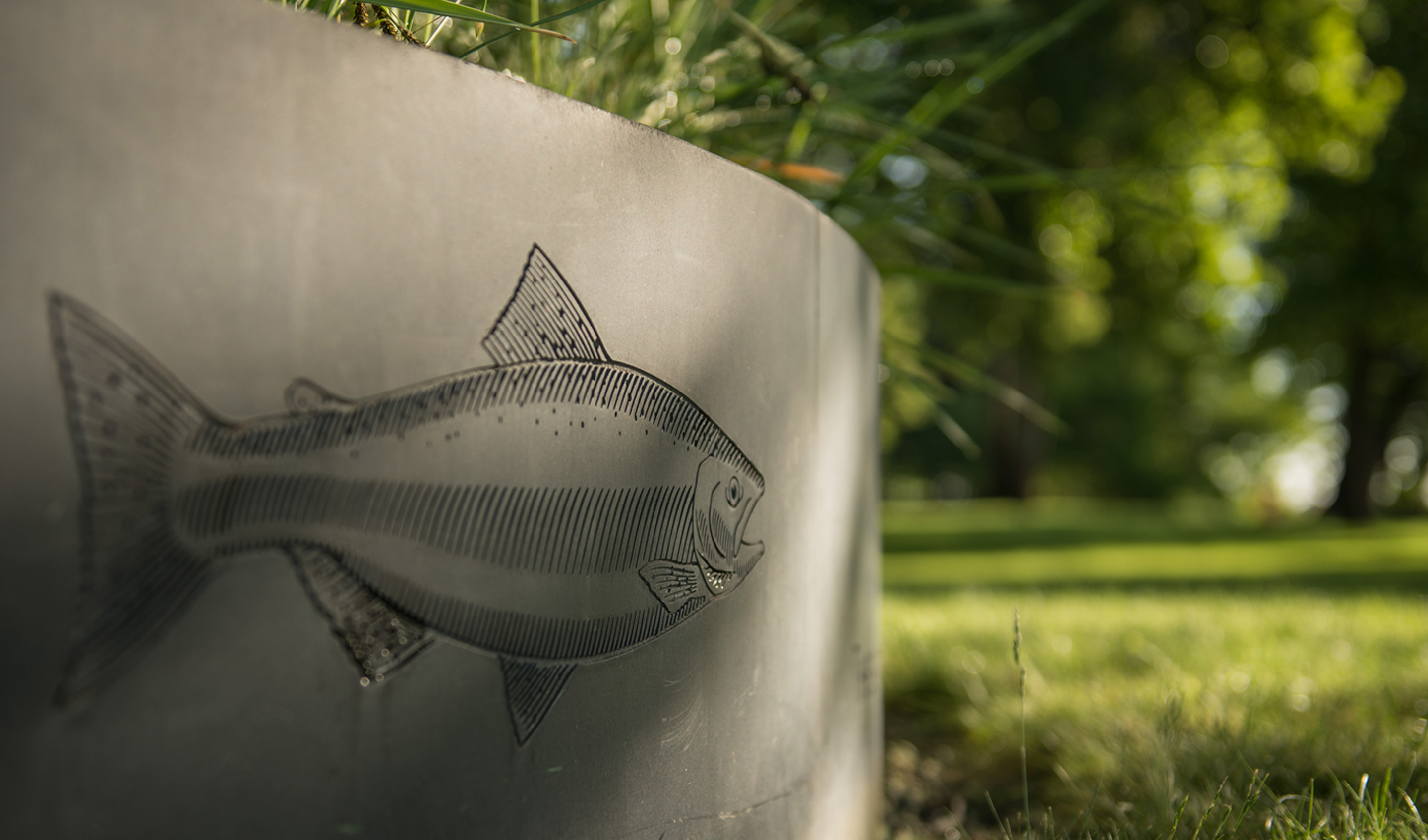 Lewis and Clark first passed this spot on October 16, 1805. Because of its significance as a well-established gathering place for Native people, the explorers knew where they were for the first time since entering uncharted territory. Maya Lin has designed seven story circles that explore the Native cultures, language, flora and fauna, geology, and natural history of the site. As you pass from one story circle to the next, consider how the intersection of the Snake and Columbia rivers, cultures, communities, and environmental forces have shaped and continue to affect the land around you. 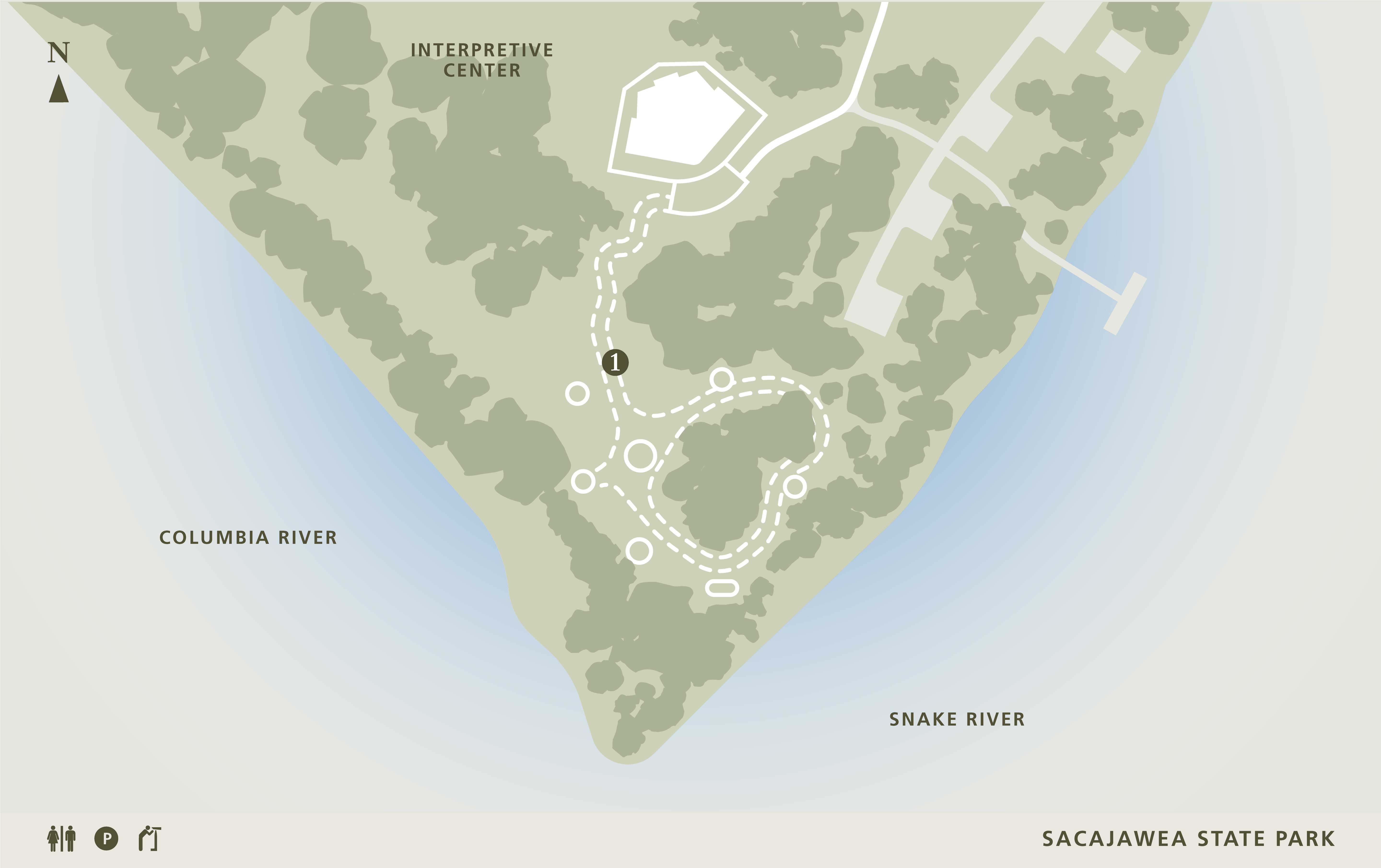 Maya Lin’s artwork at Sacajawea State Park tells the tales of people, place and the connection between them in text etched into seven circles, some raised above and some lowered into the ground. The information in the story circles comes from tribal stories, Lewis and Clark’s journals, Yakama elder and Sahaptin speaker Virginia Beavert, Ph.D., and the natural history of this site, which has been a gathering place for Native people for more than 10,000 years.

The formal dedication of the site happened on Friday, August 27, 2010. The dedication was highlighted by tribal, local and civic speeches, music, and prose. Maya Lin presented her thoughts to an audience of more than 300.

From Highway 12 in Pasco, WA, follow Sacajawea Park Rd to the park entrance. The Confluence Story Circles are in the treed area where the two rivers meet.