Story Collection: What Does It Mean To Be “American”?

This story collection is based on the conversation between Patricia Whitefoot (Yakama Nation), Elizabeth Woody (Warm Springs), and Chuck Sams (CTUIR) that we live-streamed on May 20th.

How do you define what it means to be “American” beyond citizenship?

What responsibilities do you think come with defining yourself as “American”?

Is “America” more of a place than an idea? Or are they equal concepts in how we define ourselves?

Confluence Conversations: Who Gets to be American?
On May 20th, Patricia Whitefoot (Yakama Nation), Elizabeth Woody (Warm Springs), and Chuck Sams (Umatilla) joined together for a thoughtful exploration of this theme in light of our country’s colonial legacy and Indigenous people’s enduring spirit and cultural resilience.

Tony Johnson: The Average American Doesn’t See That They Have a Culture
Tony Johnson (Chinook) talks about culture and what makes Chinook culture.

These books were referenced by our panelists:

Blood Struggle: The Rise of Modern Indian Nations and other books by Charles Wilkinson

In the Light of Justice: The Rise of Human Rights in Native America and the UN Declaration on the Rights of Indigenous Peoples and other books by Walter Echo-Hawk

The Doctrine of Discovery
The discovery doctrine has been used as a legal justification for colonization and seizure of lands inhabited by non-Christians, starting in 1493 with Pope Alexander VI’s papal issue. Read more at the link. 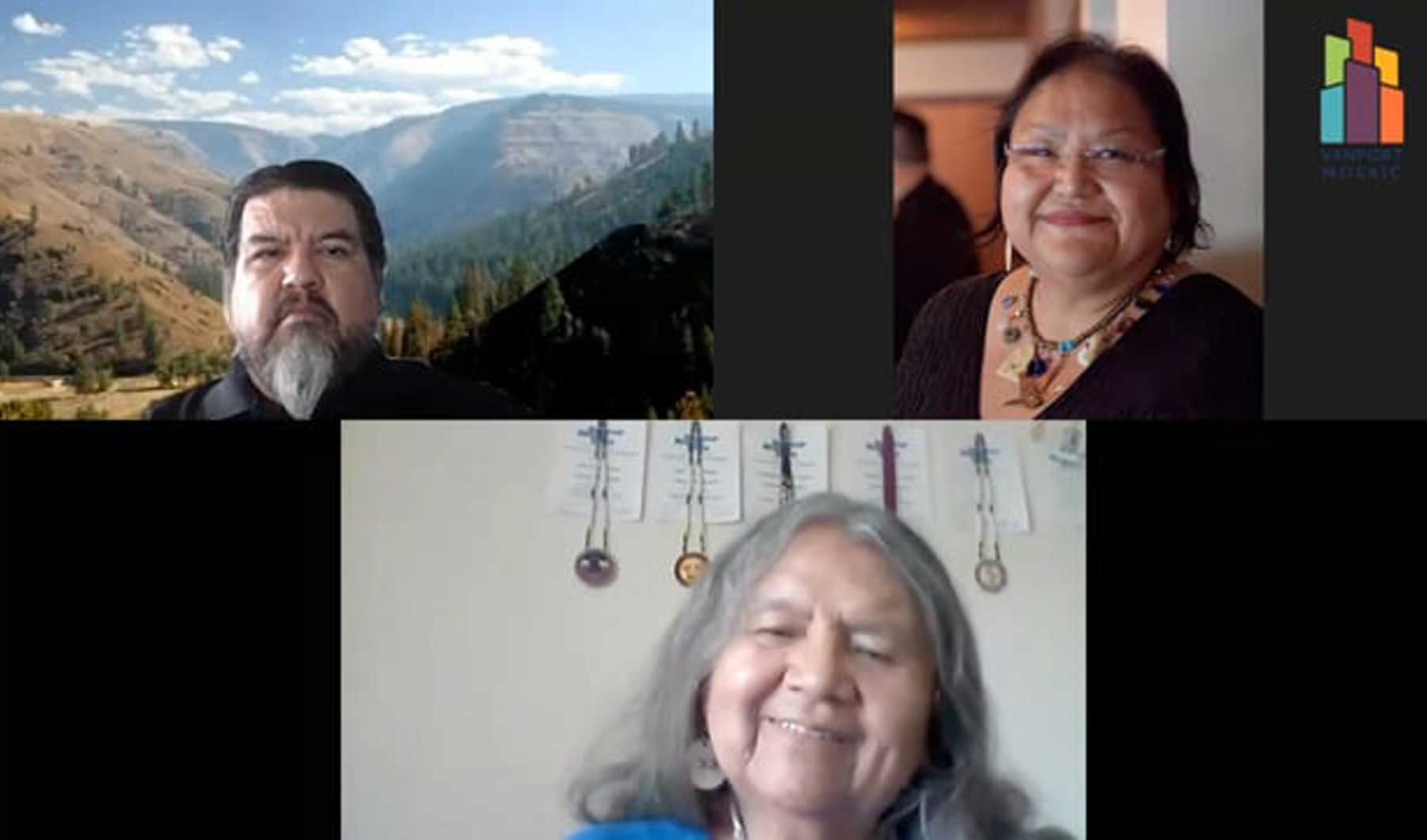 Old Fort Dalles Frolics Parade. Thursday, August 29, 1940. Chief Tommy Thompson is holding the American flag and his son Henry Thompson is standing behind him.
Related Content
Sovereignty
Confluence Conversations: Who Gets to be American?
Interview Collection
Tony Johnson: The Average American Doesn’t See That They Have a Culture
Treaties
Robert Miller: Oregon, Indigenous Nations, Manifest Destiny, and the Doctrine of Discovery
Browse Library