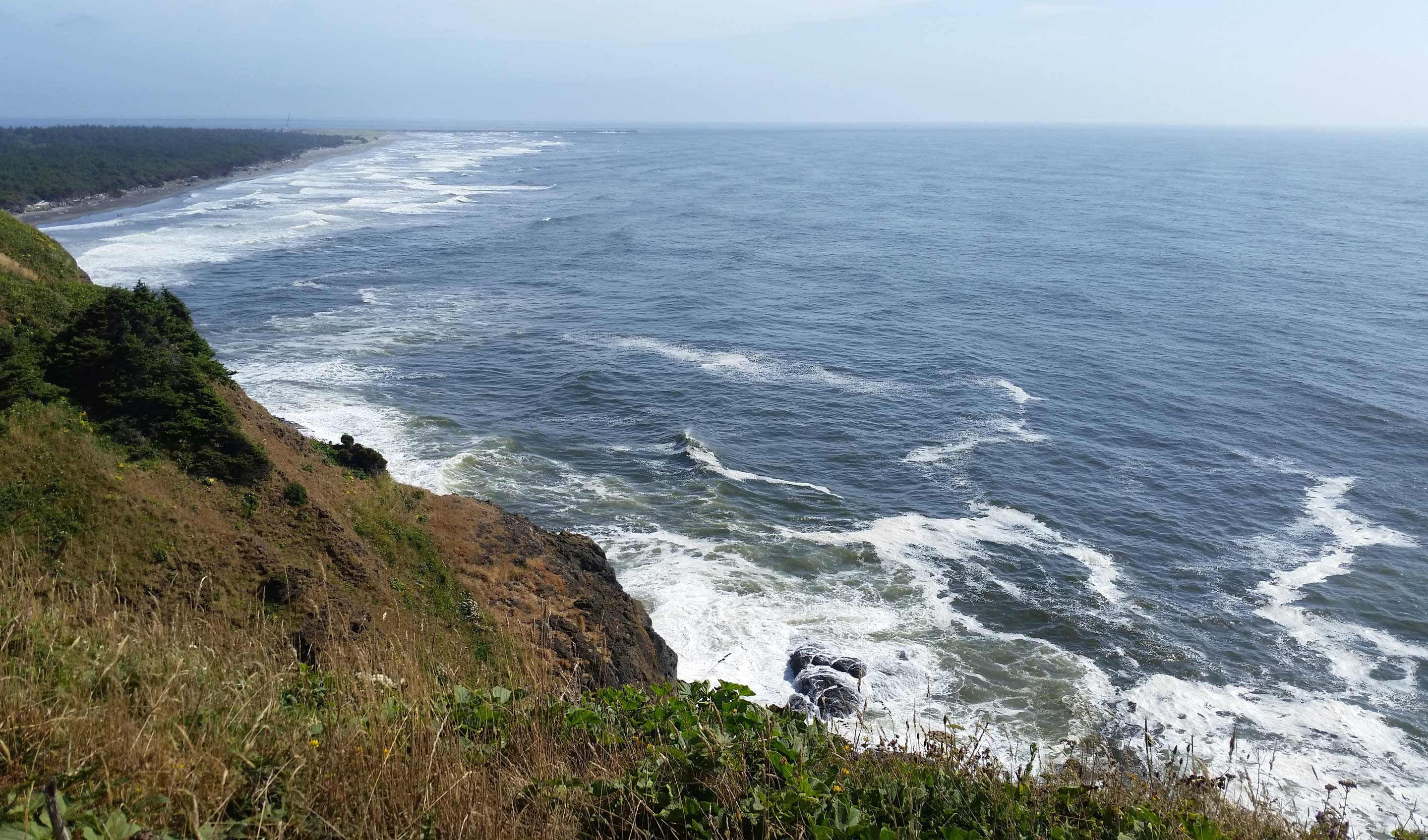 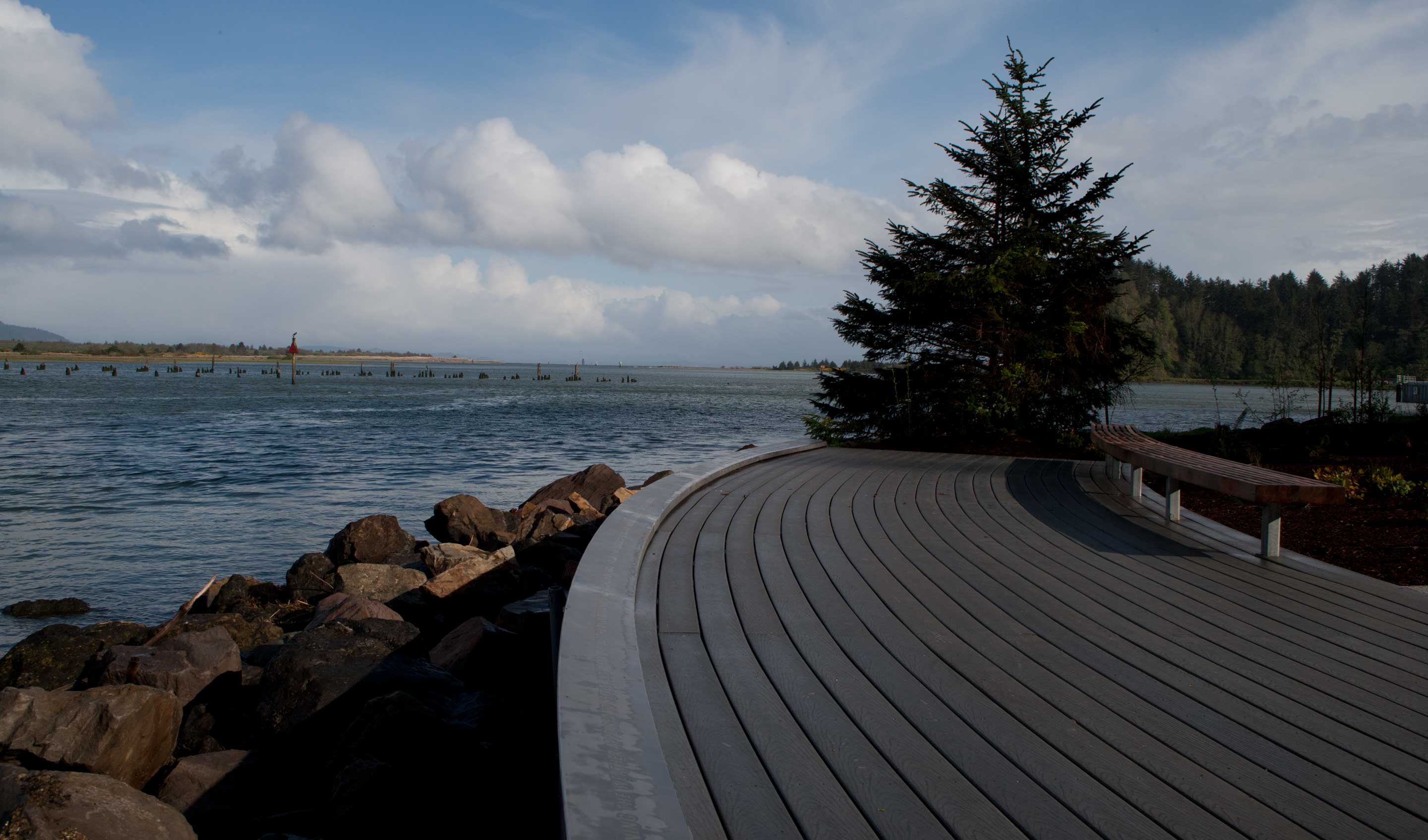 While researching the birds that continue to thrive at the Sandy River Delta Bird Blind, I happened upon several unusual letters written by the naturalist and renowned ornithologist John Kirk Townsend. He wrote them while he lived on Sauvie Island (Oregon) and at Fort Vancouver (Washington) in the mid-1830s. These literary gems are in the archive of the Academy of Natural Sciences of Drexel University, Philadelphia, and their curator kindly sent me scans of those that remain in their collection. It’s a wonderful experience to gaze out at the grounds of the original Fort Vancouver while I write this blog, knowing that I am reading letters written here over 180 years ago.

One of the Townsend letters contains an exceptional description of another Confluence Site crossing the Columbia River bar in 1834 at Cape Disappointment.  I am eager to share it with you, but first it is good to understand a bit about Townsend.

An accomplished ornithologist by age 24, John Kirk Townsend was sponsored by the American Philosophical Society and the Academy of Natural Sciences of Philadelphia to head west on an American expedition led by entrepreneur Nathaniel J. Wyeth. Townsend was to serve as a professional naturalist with Harvard professor and botanist Thomas Nuttall who was internationally well-known in his field. The two were to explore the natural world of the American West and Hawaii, sending home specimens and detailing environments documented along the trails across the continent to the Pacific Northwest.

Young Townsend was a crack shot and several times helped Nuttall out of serious scrapes with wild animals. At 49, Nuttall was a self-absorbed naturalist with a minimal regard for safety. An astute learner and enthusiastic birder, Townsend occasionally served as security patrolman for the older gentleman. They left Independence, Missouri, April 28, 1834, in the company of 70 men and 250 horses. Missionaries Jason and David Lee followed closely driving cattle. They trekked across the continent with Wyeth through deserts, plains, along rivers, through canyons and over mountains for over four months before finally tracing the Snake River to its confluence with the Columbia River. Spring crept northward to meet them in their westward journey greeting them with an abundance of new birds and “many have not before been seen by naturalists,” wrote Townsend.[1]

Collections received the highest priority but preserving scientific specimens was a challenge on the march. Nuttall ventured ahead to collect plants before they could be crushed by horses’ hooves and wagons. Townsend remarked, “None but a naturalist can appreciate a naturalist’s feelings – his delight amounting to ecstasy – when a specimen such as he has never before seen, meets his eye….”[2]

Over four months later their hard traveling ended when the Wyeth expedition’s canoes reached the sandy shore of riverfront at Fort Vancouver – September 16, 1834. Chief Factor John McLoughlin cordially welcomed Nuttall and Townsend, urging them to stay in his home and assigning them a servant to attend their needs. The naturalists divided their time between the British hospitality and comforts at the fort and the accommodations of Wyeth’s American supply ship May Dacre moored off of Warrior Point at the north end of Wappatoe Island, later named Sauvie Island, across from Fort Vancouver. [3]

Before the end of November that year, Nuttall and Townsend were “anxious to escape the wet and disagreeable winter of this region.”[4] They secured passage in their host ship, the brig May Dacre, to the Sandwich Islands.

In one of the letter copies received from Drexal University, John writes to his father Charles Townsend a passage from his journal as they waited patiently near Cape Disappointment to cross the Columbia River Bar. The passages were dated December 10-11, 1834.[5]

“December 10Th  – This morning, Captain L [Lambert], N [Nuttall] & myself went ashore to examine the bar [ink smudge] entrance of this river & decide upon the prospect of getting out speedily and safely. Upon examination it was found to be impracticable as the sea broke heavily across the whole channel. This spot is a very dangerous one & is with reason dreaded with mariners.  A huge bar of sand extends from the Rocky Cape across to the land opposite and with the exception of a space comprehending about ¾ of a mile, the sea at all times breaks furiously, the surges dashing to the height of the mast head of a ship and with the most terrific roaring. There are particular times, however, when this channel is comparatively smooth, & the passage can be made with perfect safety. It sometimes happens that a favorable moment does not occur for a considerable time, & vessels have occasionally been compelled to lie 5 or 6 weeks inside waiting with what patience they might for the desired chance.

[December] 11th –In the morning the mate [Mr. Hanson] went ashore to examine the bar & soon after returned with the information that it was as smooth as could be wished. We accordingly weighed anchor immediately & the wind being fair stood out past the Cape [Disappointment.] When we came into the channel, the water, which had before been so placid, became suddenly very much agitated, the swells were literally mountain high, & as our vessel would fall in the trough of the sea, pitching down like a huge leviathan seeking its native depths, I could not but feel positive that the enormous wave  which hung like a judgment over our heads would inevitably engulf us, but the good ship, like a creature instinct with life, as tho’ she knew her danger, gallantly rose upon it, &, but dipped her bows into its crest as if in scorn of its mighty & irresistible power. This is my first sea voyage & everything upon the mighty deep is of course novel & interesting to me. During the scene which I have just described, altho’ I was aware of our imminent danger, & the anecdotes which I had often heard of vessels perishing in this very spot & in precisely such a sea, recurred to my mind with some force, yet, I could not but feel a kind of secret & wild joy at finding myself in a situation of such awful & magnificent grandeur.  I thought of the lines of Shelley & repeated them to myself in a kind of ecstasy.

And ride we not free [sic]

In about 20 minutes we had escaped all the danger & found ourselves riding easily in a beautiful placid sea. We set the sails which had been shortened on the bar & the gallant vessel feeling the impulse of the wind rushed ahead as if exulting in the victory she had achieved.

Here I must stop, altho’ I have not half finished my extracts – my paper is however nearly brought to a close & the men are nearly ready to start …”

[1] Townsend, John Kirk. Editor George A. Jobanek. Narrative of a Journey across the Rocky Mountains to the Columbia River, and a Visit to the Sandwich Islands, Chili, &c. with a Scientific Appendix. Ed George A. Jobanek. Oregon: Oregon State University Press, 1999. xix.

[3] Ed. Note: In the best interests of the Hudson Bay Company, John McLoughlin persuaded Nathaniel Wyeth to establish an American fur trading post south of the Columbia River and he encouraged American missionaries to do the same. McLoughlin hoped that if another boundary dispute arose with the United States that the Columbia River would become the dividing line between the two countries, thus ensuring for Great Britain all trade and lands north to the Yukon and west to Russian Alaska.

Townsend had returned to the Columbia River after several months in Hawaii and is writing his father to inform his family of his whereabouts. Townsend quotes his journal in the letter from the previous dates of December 10-11, 1834. It is odd that Townsend had not written of that adventure to his family while in Hawaii where ships more frequently departed for the United States than those that sailed via the Northwest Coast.

[6] Taken from the third stanza of Percy Bysshe Shelley, “The Fugitives,” 1824. The third line originally reads “And drive we not free.”