Vancouver: Land of the Mud Turtles 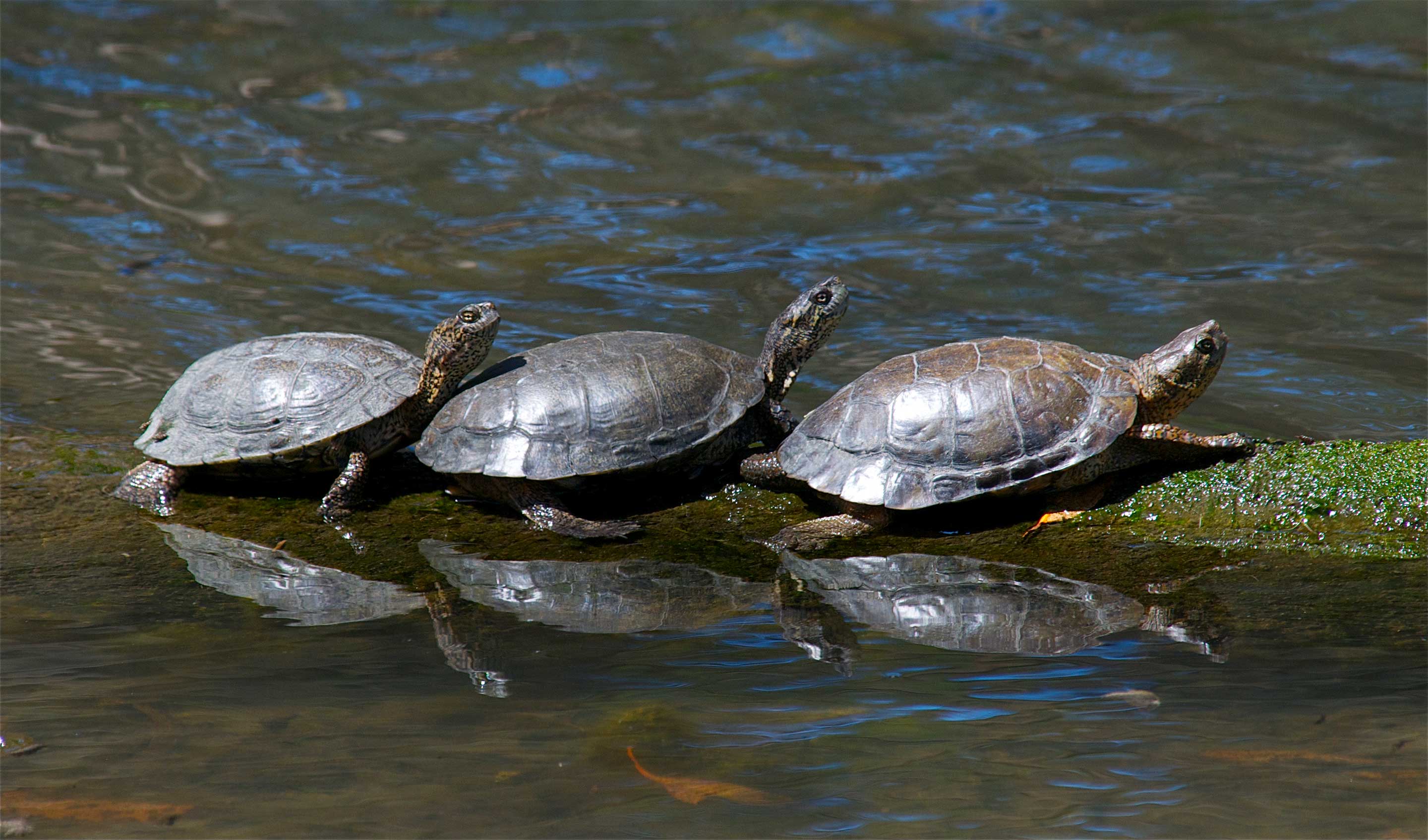 One hundred miles above the mouth of the Columbia River, the Hudson’s Bay Company built its premier fort in the West. Long before the presence of outsiders, Native Americans were intimately familiar with the verdant prairie that was bordered by ponds and the Columbia River to the south and a dense forest teaming with wildlife and berries to the north. The Chinookan name for this Columbia River plain was Skit-so-to-ho and the Klickitat name for the area was Ala-si -kas. The native language meanings: “land of the mud turtles.”[1]

Mud turtles? Those are mini-tortoise-like reptiles, up to 8 inches long, that were also known as the “Western Pond Turtle” (Actinemys marmorata or Emys marmorata) and native only to the West Coast of the United States. It is challenging to find these little creatures anywhere near the Confluence Land Bridge that crosses Highway 14 today.That’s because the terrain that was once dotted with wetlands and ponds deep enough to anchor small sailing ships has all but vanished from this heritage site. But the turtles lived here well into the early part of the 20th Century. Their final evacuation undoubtedly occurred as dams built on the Columbia River regulated water levels,  deterred flooding, and wetlands dried up.[2]

For centuries this small creature inhabited the site, but as prominent as they were, no Lower Columbia River tribal legends seem to have survived to explain their creation or their existence within the delicately balanced ecosystem. People from an emigrant tribe, the Iroquois, likely introduced their tribal legend that credits turtles with the creation of the North American continent. Iroquois trappers, hunters and boatmen accompanied many of the earliest overland explorers and fur traders from Eastern Canada to the mouth of the Columbia River and throughout the Pacific Northwest region. They were considered “freemen” by the Hudson’s Bay Company because they were not British servants of the Crown and they were free to accept work from the company or to work on their own. Many Iroquois men married indigenous women in the Northwest and some even followed their intertwined families to reservations after the American Treaties of 1855. A few ventured north when the Hudson’s Bay Company relocated from Fort Vancouver to British Columbia while others pursued independent courses of choice.

In the Iroquois Creation legend, turtle plays a dominant role, as follows.

“Long before the world was created there was an island, floating in the sky, upon which the Sky People lived. They lived quietly and happily. No one ever died or was born or experienced sadness. However one day one of the Sky Women realized she was going to give birth to twins. She told her husband, who flew into a rage. In the center of the island there was a tree which gave light to the entire island since the sun hadn’t been created yet. He tore up this tree, creating a huge hole in the middle of the island. Curiously, the woman peered into the hole. Far below she could see the waters that covered the earth. At that moment her husband pushed her. She fell through the hole, tumbling towards the waters below.

“Water animals already existed on the earth, so far below the floating island two birds saw the Sky Woman fall. Just before she reached the waters they caught her on their backs and brought her to the other animals. Determined to help the woman they dove into the water to get mud from the bottom of the seas. One after another the animals tried and failed. Finally, Little Toad tried and when he reappeared his mouth was full of mud. The animals took it and spread it on the back of Big Turtle. The mud began to grow and grow and grow until it became the size of North America.” [3] Today among many tribes, North America is referenced as “Turtle Island.”

The Hudson’s Bay Company named each of the alluvial plains that hosted their largest and most prosperous fur trading center west of the Mississippi. The first plain – “Mud Turtle Place” — was renamed “Fort Plain” when the HBC relocated their palisades, a bastion and houses, as well as the surrounding village to the prairie site in 1829. A natural terrace of plains rose northward from Fort Vancouver. The “Second Plain” extended east and west as well as north, and Native Americans identified it as “Burrowing Owl.” [4]

The habitat for Burrowing Owls likely improved when the HBC cleared trees from the gently sloping fertile prairie just above their fort and planted grasses for livestock and agricultural crops to supply the fur trading posts on the Columbia and in Alaska. These miniature-like little owls (Athene cunicularia – scientific name; papú – Sahaptan, Yakama dialect)[5] thrive in such an environment. They dine heartily on mice and voles, grasshoppers and insects, small reptiles, rodents, and young birds. Burrowing Owls build their homes and nests underground and hunt during the day.

Today we are hard-pressed to find Western Pond Turtles or Burrowing Owls anywhere near the Fort Vancouver National Historic Site. Gone are the natural wetlands and even the agricultural lands planted by the early Vancouver farmers and the Hudson’s Bay Company. A local ecologist named James Beer reported startling a Burrowing Owl about four miles south of Battle Ground, Clark County, WA in 1942. The owl was flushed from the edge of a small stubble field which was surrounded by brushy pasture land and second-growth Douglas fir. Mr. Beer believed the little owl was probably a migrant from the Puget Sound region or a transient that wandered down through the Columbia Gorge from east of the Cascade Mountains. “This was the only Burrowing Owl I have seen in Clark County,” declared Mr. Beer in 1944.[6] These little creatures have vanished into our past but they should be recalled as we look to a future that helps restore and protect endangered animals and species of concern.

[2] Western Pond Turtles are considered an “endangered” species in Washington and Oregon; in California they are carefully watched.

[6] James Beer lived on Harney Street in Vancouver, WA. Cited in The AUK, Oct. Vol. 61, 1944. Pp 652-3. According to his obituary in The Auk (April 1973) James R. Beer was an ornithologist, mammalogist, and wildlife ecologist, who died in Minnesota on 24 August 1971. Born in Black Rock, Oregon on 28 April 1918, he attended Washington State University, graduated with a B.S. in 1940, and earned his M.S. the following year. His research while at that institution was on waterfowl and blue grouse. His first position in his chosen field of Wildlife Management was as game biologist with the Montana Game and Fish Division for one year. This was followed by a 3½-year interlude as a draftsman for Kaiser Industries at Vancouver, Washington, but he returned to the academic environment in 1945 as a graduate student, teaching assistant, and museum curator at the University of Wisconsin, where he received his Ph.D. degree in 1949. 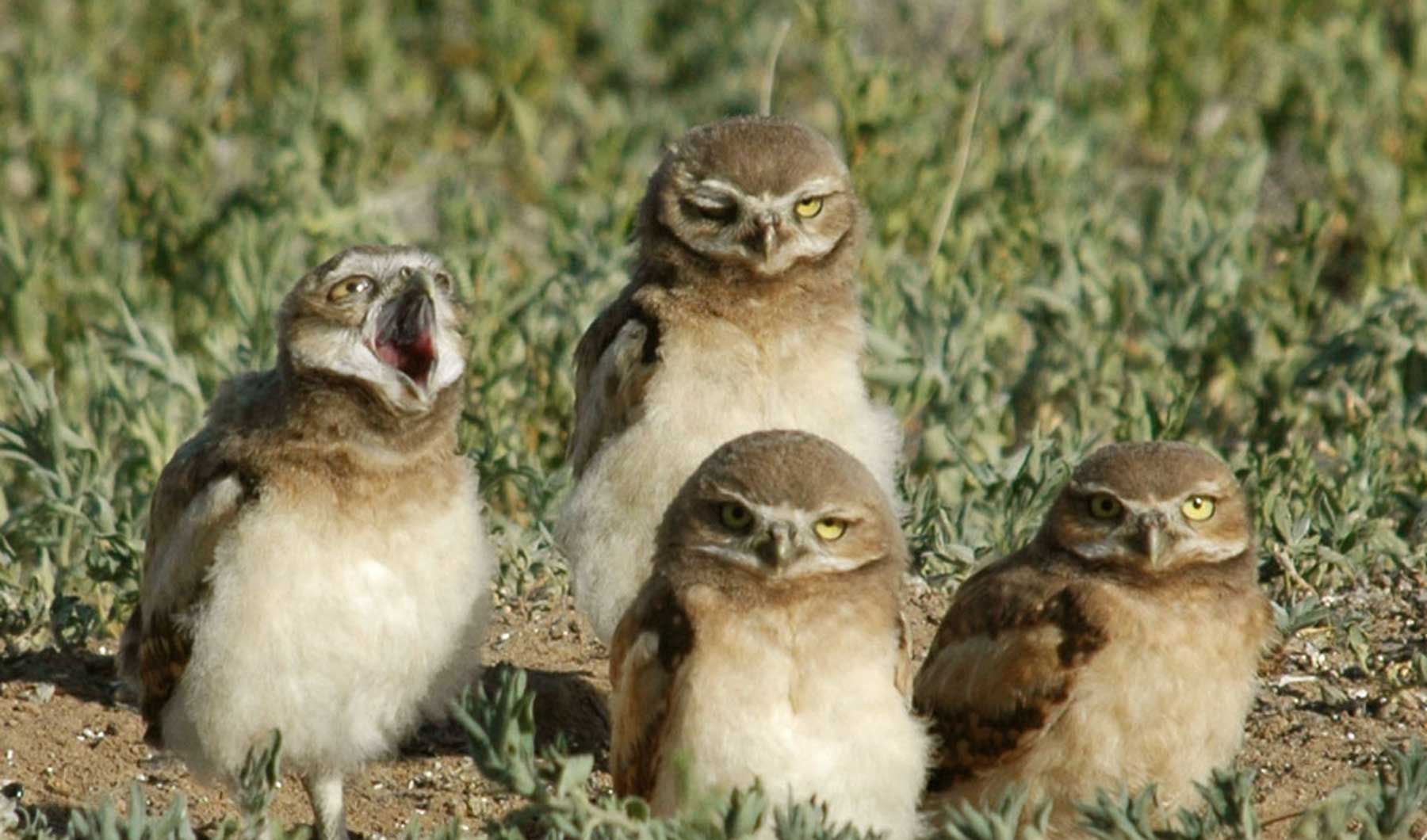