In this excerpt, Bryson Liberty talks about seeing Celilo with his grandparents and aunt, as well as the trade at Celilo.

Bio: Bryson Liberty is a tribal elder of the CTUIR. Liberty has a military background and is a published author, as well as working as a health administrator and actor. His article about fishing at Celilo titled “On the Rock” was published in Cowboys and Indians magazine in 2011. He was on “The Cellar,” “Northern Exposure,” and “Little House on the Prairie”.

Well the first time I saw it was one time I was at my grandma’s and they said we’re going to Celilo today, we’re going to trade some roots for some fish. You can come down with us, ’cause I was staying with them. So we got into–I don’t know what kind of car it was, an old Chevrolet or something–my aunt Elizabeth, I don’t know where she learned to drive but she was the driver in the family. So we took off for Celilo and I didn’t know where Celilo was; but it took us 4 hours to get to Celilo, where today I can make it in a hour and half. You know ’cause I was going back and forth a little bit a few years ago. And I didn’t pay much attention to the falls or anything, you know I was just a little guy. And then my aunt took me out on this little ledge to see all these guys down there, all fishing, they’re fishing for these big salmon. That’s what we’re going to trade our roots for– they dry the salmon, dry the eels, and we’re going to trade them. And then there’d be some people, they’d come from the coast, they’d bring these big sea shells and everything. And boy the inland Indians liked those big sea shells and they’d trade for those things. But trading was big in those days. They’d have these sacks of roots, you know they’d dig the roots in the Blue Mountains at home in the spring, they’d have sacks and sacks of these. My mother used to have a whole bunch of them too. They’d take those down, trade them for salmon or whatever they wanted to trade them for. And I, you know, yeah yeah those were big falls. I never really paid attention at that time. And then later on I never got back down there, hardly ever again, until I started to go down to fish when I was about sixteen. Fifteen, sixteen years old when I’d go down to fish. 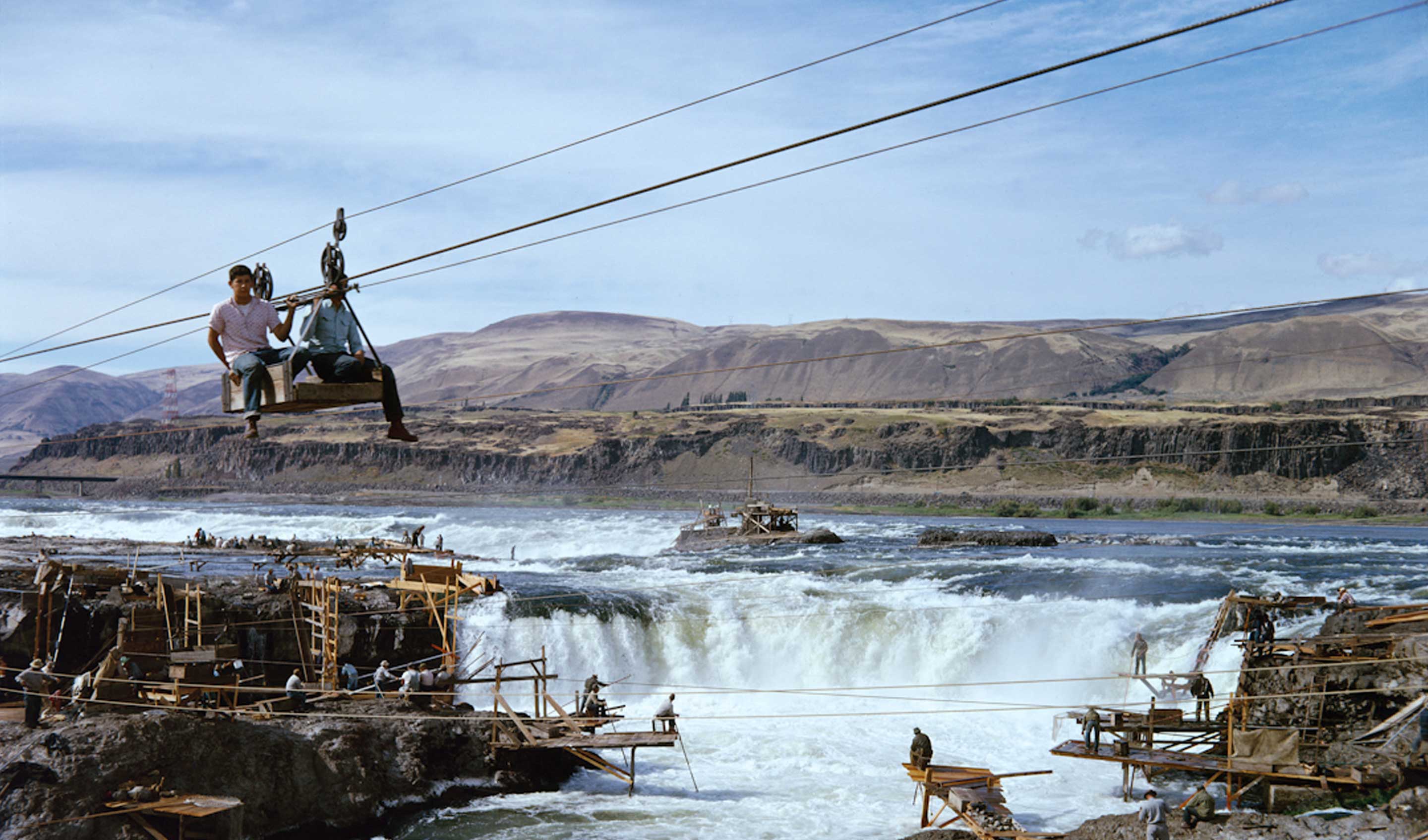