Species Study at the Bird Blind 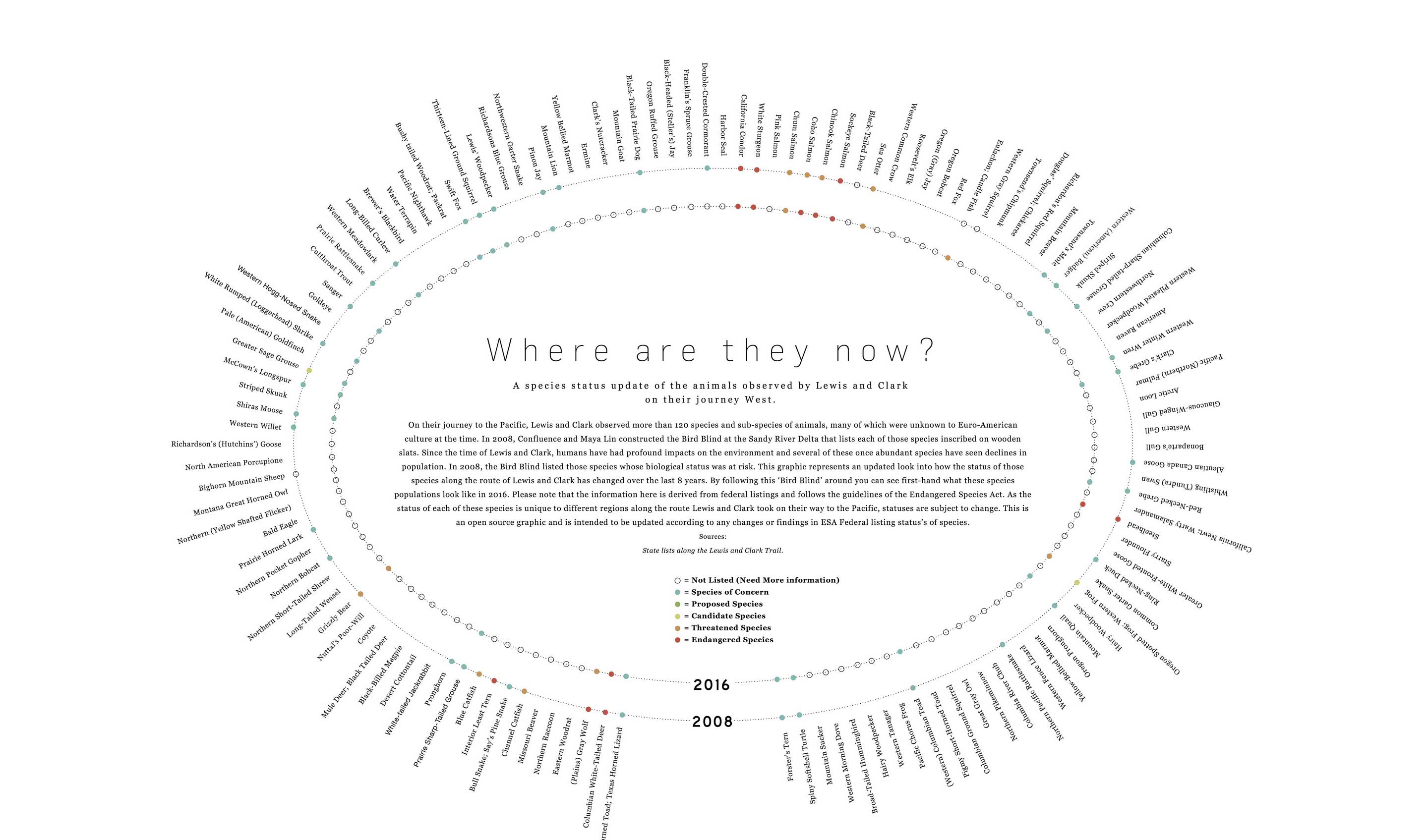 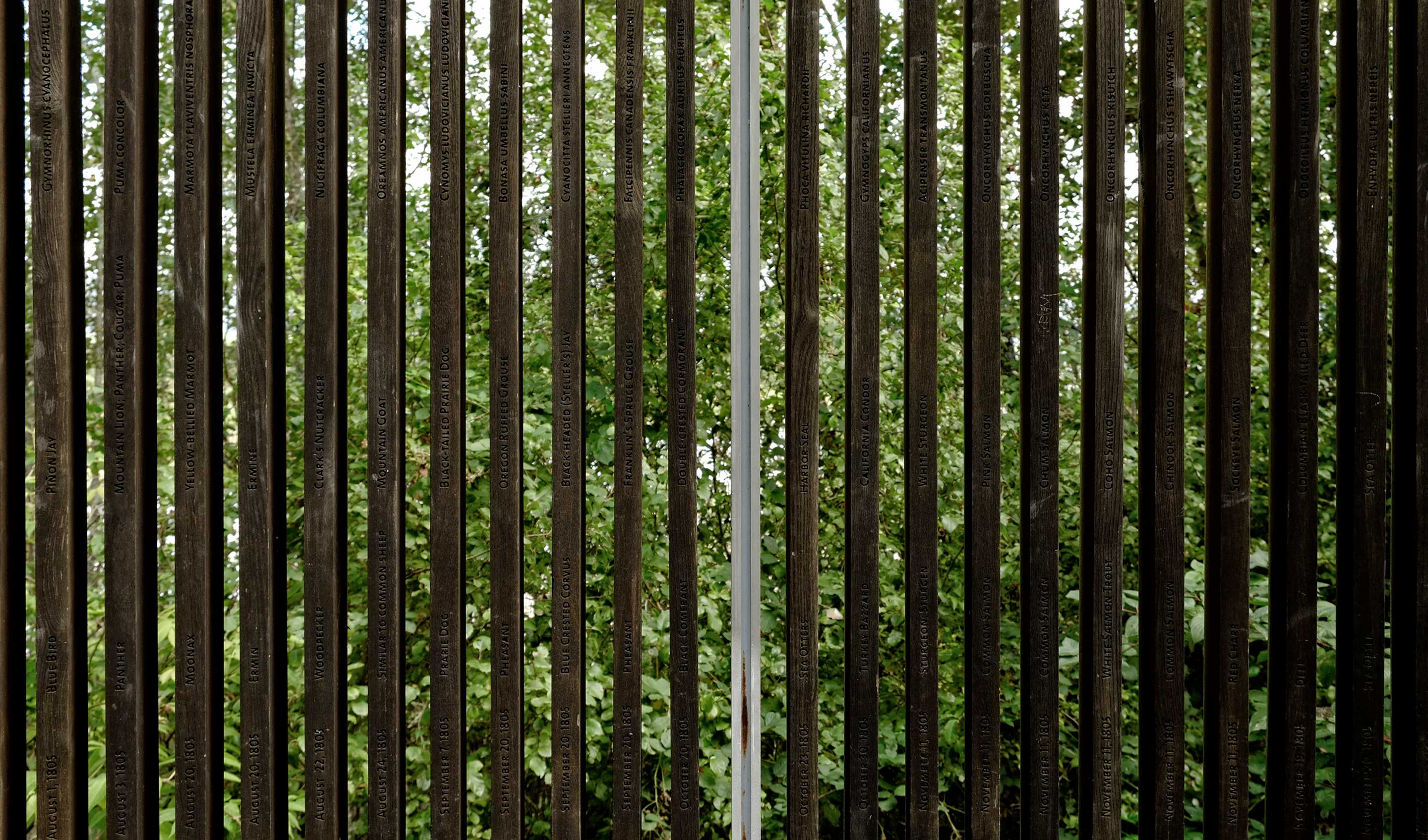 The Bird Blind, created as part of an effort between the Confluence Project and Maya Lin, serves as an answer to that question. Located in the Sandy River Delta along the Columbia River, the Bird Blind sits at the end of the Confluence Trail among newly restored habitat. Built in 2008, the modest structure is made up of over 100 slats arranged around the edge of the space in an eliptical pattern, each slat is engraved with species Lewis & Clark observed on their journey to the Pacific. At the time of construction the slats listed the status of species that were at risk or threatened of dramatic population decline. Over the past 7 years much has changed for several of these species both at the Delta and abroad, the Virtual Bird Blind shown here is an effort to show how those at risk species listed in 2008 have changed in today’s age.

This was generously created by Dylan Woock.