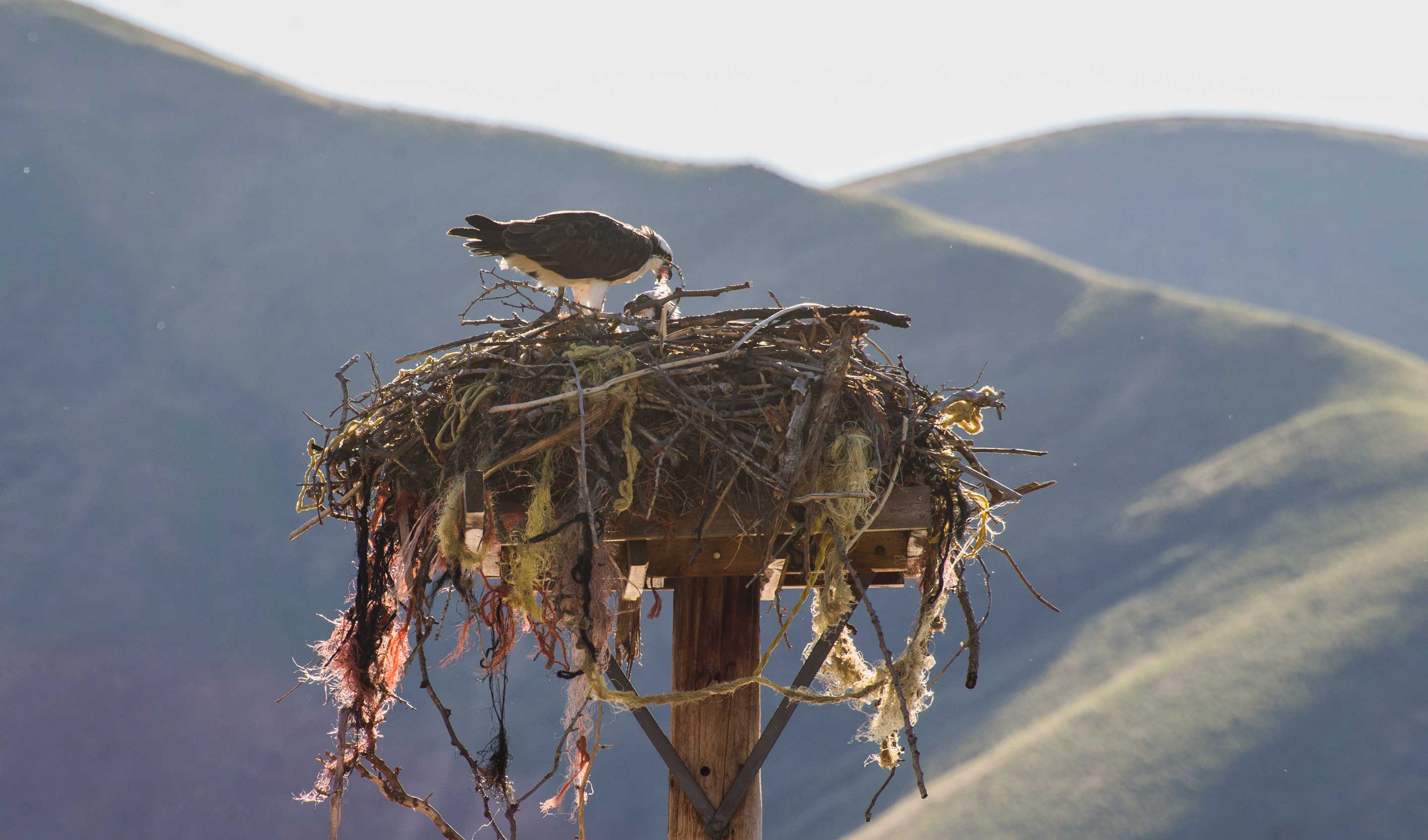 Chief Timothy Park sits on a 282-acre island on Lower Granite Lake in the Snake River about twelve miles from Lapwai and the Nez Perce Reservation. Near here is the confluence of the Clearwater and the Snake Rivers, and within a few miles the Salmon and Grande Ronde Rivers flow into the Snake

“Tsceminicum” (She-mi-ni-cum) means where the waters meet. For centuries thousands of Nez Perce returned from the fall hunt in the mountains or the camas prairies to the villages of Kamiah, Lapwai, Alpowai, Hatwai, Wawawai and Tsceminicum with rich food supplies for winter. They camped along the streams teeming with salmon and other fish that supplemented their winter caches.

Of the six Confluence sites, this island in the Snake River and its surroundings most closely resemble the landscape seen by Lewis and Clark. On May 4, 1806, Meriwether Lewis wrote, “the lands through which we passed today are fertile consisting of a dark rich loam. the hills of the river are high and approach it nearly on both sides. no timber in the plains … the hills of the creek which we decended this morning are high and in most parts rocky and abrupt.”

In the twentieth century, tribal and non-tribal lands were seized by the government and original construction of the Lower Granite Dam began in 1965 but was halted after two years, resuming in 1970. When the dam’s gates closed in 1975 water flooded most of the Alpowai village site. The park is known as the gateway to Hells Canyon National Recreation Area, the deepest river gorge in North America and an area of striking scenery, abundant cultural history and outdoor adventure.

Lower Granite Dam is the most upstream dam in the Snake River system that has a fish ladder to allow adult salmon and steelhead to migrate upstream. The Columbia River treaty tribes along with some environmental groups have recommended that this dam along with the other three lower Snake River dams be decommissioned and/or removed because of their impact on endangered salmon and steelhead populations.

Working with artist Maya Lin whose design reflects the inherent cultural elements with respect for past and future, the Nez Perce blessed the south arc of the Chief Timothy Park site for Confluence on April 30, 2005. Called a “Listening Circle”, this earthwork is sculpted out of a natural amphitheater. Its shape is inspired in part by the imagery of sound waves, and it commemorates the tribal ceremony in which the women faced north, the men faced south, the elders faced west, with no one passing behind them, leaving the east side open to admit the new day. The site was completed and dedicated by the Nez Perce people in May 2015.