Walking Towards Justice in Indian Country: Missing and Murdered Indigenous Women and Girls 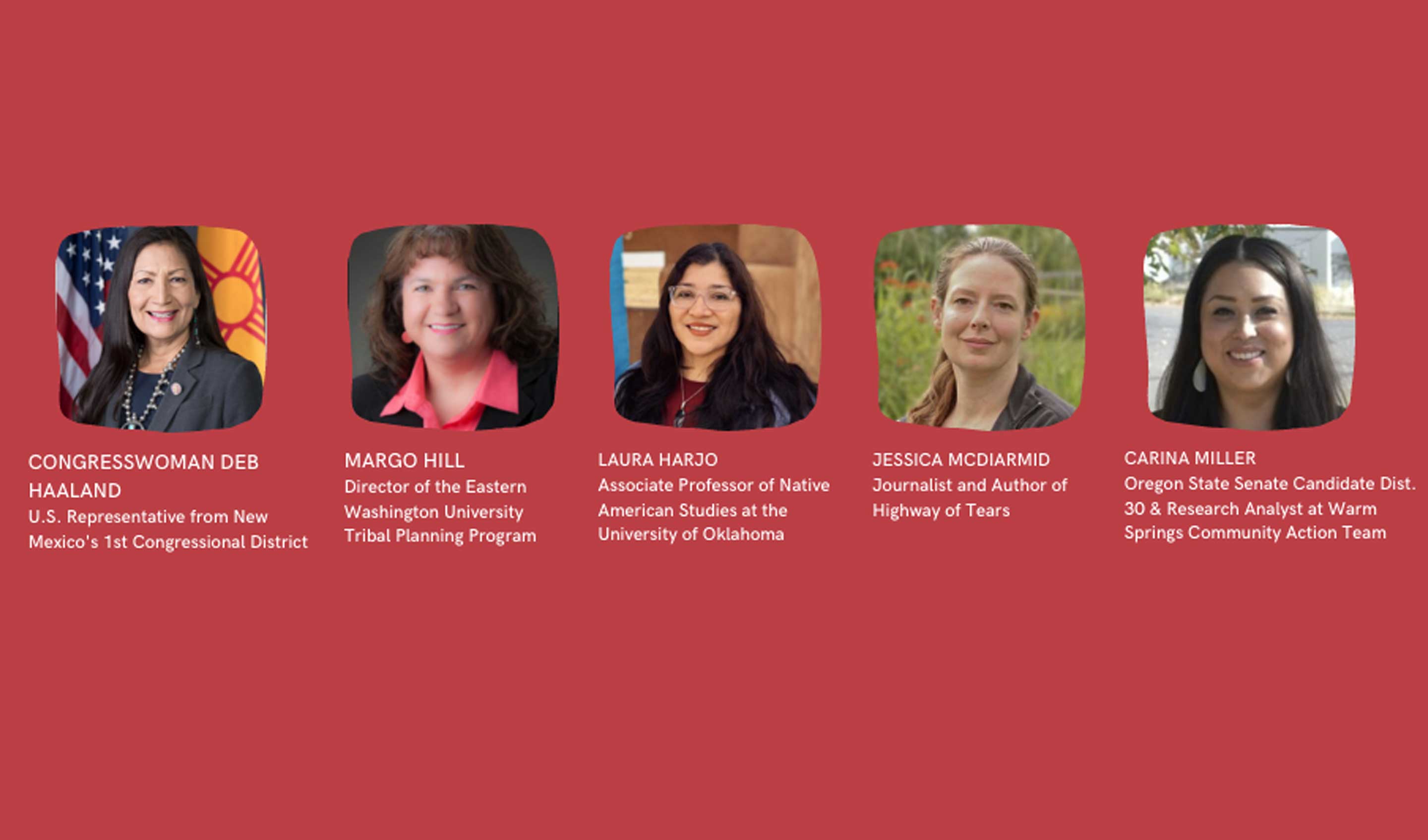 On Wednesday, August 12th, America Walks will broadcast Part 2 in the Walking Towards Justice in Indian Country series, focused on Missing and Murdered Indigenous Women and Girls. 2 PM EST, 11 am PST.

In the United States, Native American women are more than twice as likely to experience violence than any other demographic. One in three Native women is sexually assaulted during her life, 67% of these attacks are perpetrated by non-Natives, and many of the abductions take place when the victim is walking along a highway. The Missing and Murdered Indigenous Women and Girls epidemic impacts First Nations, Inuit, and Métis communities in Canada, as well as Native Americans.

Webinar participants will learn how the dark history of colonialization, complex jurisdictional issues, and racialized indifference have created the circumstances in which these crimes are regularly perpetrated and rarely prosecuted. Panelists will include civil rights advocates, practitioners, and researchers, as well as U.S. Congresswoman Deb Haaland (NM-1), who introduced federal legislation last year to address this “silent crisis,” and author Jessica McDiarmid, who documented numerous personal stories in her book, “Highway of Tears.”

Audience members who are unfamiliar with Indigenous culture and governance are encouraged to review the first webinar in the series (Tribal Transportation Planning and Pedestrian Safety, broadcast on June 23rd, 2020) and the recommended reading materials (see here).

Margo Hill is a Spokane Tribal member and was raised on the Spokane Indian reservation. She is the Director of the Eastern Washington University Tribal Planning Program, where she also teaches Urban and Regional Planning. Previously, Margo worked in the legal field to protect tribal sovereignty, provide legal counsel to Tribal Council, and assist in revision of Tribal Law and Order Codes, serving as the Spokane Tribal Attorney and Coeur d’Alene Tribal Court Judge. She has also worked for the Bureau of Indian Affairs Office of Justice Services to complete Tribal Court Assessments. Margo holds a Juris Doctorate from University of Gonzaga School of Law and a Master of Urban and Regional Planning from Eastern Washington University.

Congresswoman Deb Haaland is a 35th generation New Mexican who is an enrolled member of the Pueblo of Laguna, and also has Jemez Pueblo heritage. As a single parent, she lived paycheck-to-paycheck, relied on food stamps at times, and struggled to put herself through college – nevertheless earning degrees from the University of New Mexico and UNM Law School. After running for New Mexico Lieutenant Governor in 2014, Haaland became the first Native American woman to be elected to lead a State Democratic Party. In 2018, she and Sharice Davids of Kansas, a member of the Ho-Chunk Nation, became the first two Native American women to be elected to the United States Congress. Within her first few months, Congresswoman Deb Haaland introduced The Not Invisible Act of 2019, designed to address the silent crisis of missing and murdered indigenous women and girls.

Laura Harjo is a member of the Muscogee (Creek) Nation and an associate professor of Native American Studies at the University of Oklahoma. Previously, she was an associate professor at the University of New Mexico’s School of Architecture and Planning, teaching Indigenous Planning and Community Development. Dr. Harjo’s research and teaching centers on imbuing complexity to Indigenous space, and place, Missing and Murdered Indigenous Women and Relatives, and community-based knowledge production, and she is the author of Spiral to the Stars: Mvskoke Tools of Futurity (University of Arizona Press, 2019) and co-authored with Dr. Heather Dorries “Beyond Safety: Refusing Colonial Violence Through Indigenous Feminist Planning” (JPER, 2020) Dr. Harjo has served as Muscogee (Creek) Nation’s Ambassador to the United Nations and is currently the vice chair of board of directors for the Indian Land Tenure Foundation.

Jessica McDiarmid is a Canadian journalist who has worked across North America and Africa, writing for publications such as the Toronto Star, the Associated Press, Maisonneuve, Canadian Business and the Harvard Review. Highway of Tears: A True Story of Racism, Indifference, and the Pursuit of Justice for Missing and Murdered Indigenous Women and Girls (Simon and Schuster, Inc., 2019) is her first book. Through interviews with those closest to the victims – mothers and fathers, siblings, and friends – Jessica provides an intimate, first-hand account of their loss and unflagging fight for justice. Examining the historically fraught social and cultural tensions between settlers and Indigenous peoples in the region, she puts these stories into the larger context of the undervaluing of Indigenous lives in the country. Jessica lives in British Columbia.

Carina Miller is an enrolled member of the Confederated Tribes of Warm Springs, where she works for the Warm Springs Community Action Team. She is currently running for election to the Oregon State Senate to represent District 30, after winning the Democratic Party primary in May. Carina has always been passionate about grassroots organizing and activism through her experiences in student unions, the University of Oregon Senate, and the United States Student Association. In 2016, she was elected to the Confederated Tribes of Warm Springs Tribal Council which, as a treaty tribe, calls for leaders to be well versed in every area of governance to lead sovereign nations. Carina has strong ties to the land, and her ancestors practicing subsistence fishing and hunting along the Columbia River and its Tributaries.