The Politics of the Canoe VIRTUAL LAUNCH 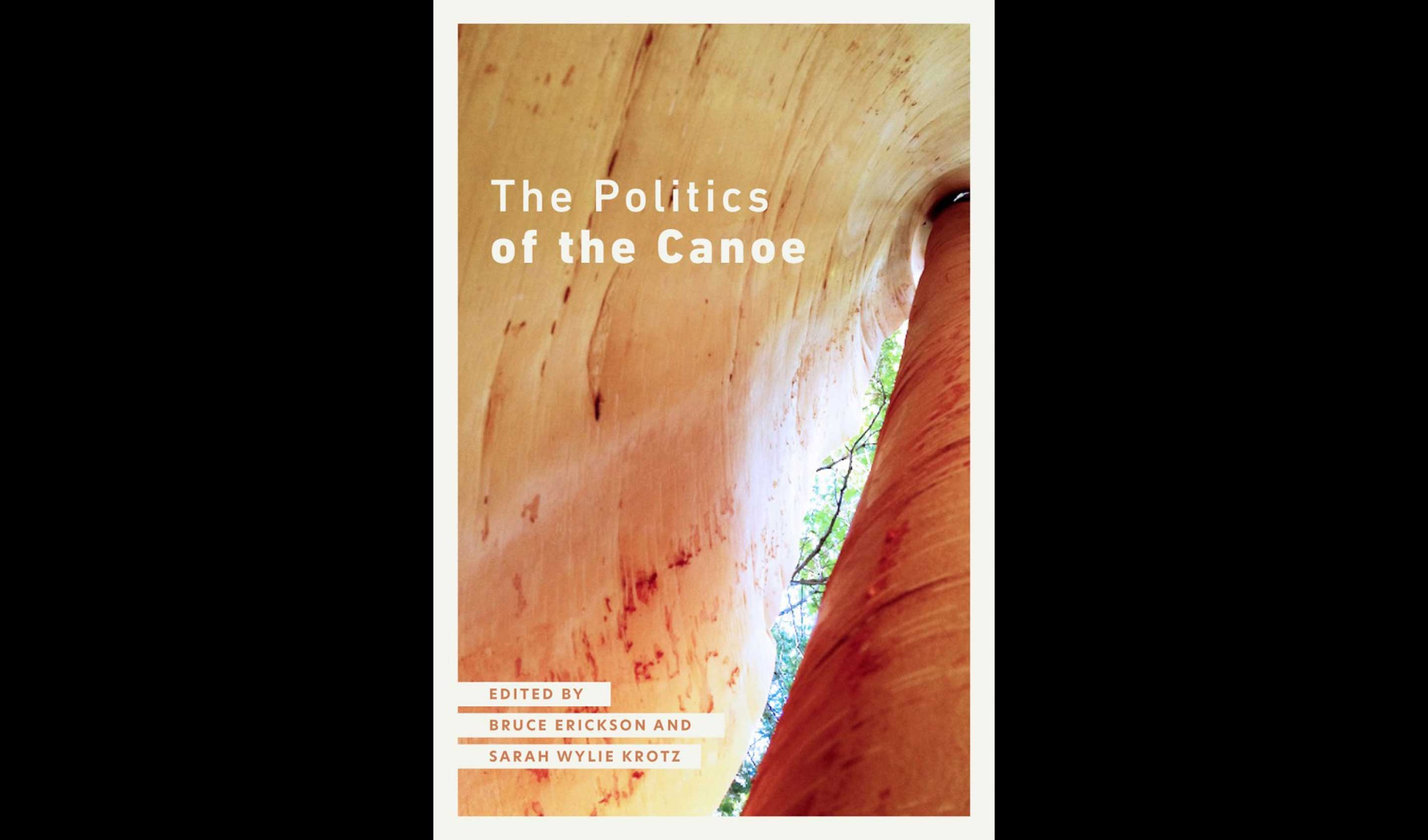 Join editors Bruce Erickson and Sarah Wylie Krotz alongside contributors Rachel Cushman, Jon D. Daehnke, Jessica Dunkin, Larry McDermott, and John B. Zoe, as well as Laura Peers from the Canadian Canoe Museum, for the launch of The Politics of the Canoe with McNally Robinson Booksellers!

Send questions or comments to Nicole.Haldoupis@umanitoba.ca.

Popularly thought of as a recreational vehicle and one of the key ingredients of an ideal wilderness getaway, the canoe is also a political vessel. A potent symbol and practice of Indigenous cultures and traditions, the canoe has also been adopted to assert conservation ideals, feminist empowerment, citizenship practices, and multicultural goals. Documenting many of these various uses, this book asserts that the canoe is not merely a matter of leisure and pleasure; it is folded into many facets of our political life.

Bruce Erickson is an Associate Professor in the Department of Environment and Geography at the University of Manitoba. His work investigates the cultural politics of recreation and tourism within the context of settler colonialism in Canada and beyond. He is the author of Canoe Nation: Nature, Race and the Making of a National Icon.

Sarah Wylie Krotz is an Associate Professor of English literature at the University of Alberta. Her research explores the complex web of relations among literature, land, and ecological thought. She is the author of Mapping with Words: Anglo-Canadian Literary Cartographies, 1789-1916

Rachel Cushman is a direct descendant of Clatsop Chief Wasilta, a primary negotiator and signer of the 1851 Tansy Point treaties. She is the elected Secretary/Treasurer of the Chinook Indian Nation. The focus of her tenure is restorative justice. Cushman is committed to ensuring that the Chinook Indian Nation exercises sovereignty, practises self-determination, and has autonomous control over its narrative. Cushman is also a dedicated leader of the Chinook Canoe Family. She is a lead puller, singer, and dancer, and in 2019 became a skipper. All her work is grounded in the commitment to preserve and carry on Chinook’s cultural protocols. Cushman feels that her most important leadership role is being a mother to sons Kanim (canoe) and Isik (paddle).

Jon Daehnke is an associate professor in the Anthropology Department at the University of California, Santa Cruz. His research, much of which has been conducted in conversation and collaboration with the Chinook Indian Nation, focuses on heritage studies and the anthropology and history of the Pacific Northwest. At its core, Daehnke’s work is driven by two overriding interests: the interplay/connections between the past/present/future, and the power of landscapes (especially the effect of landscapes on bodies as they move through them). The intersection of these two interests are what naturally led him to the fundamental importance of canoe revitalization and the protocols attached to canoe culture.

Jessica Dunkin is a white settler, raised in Anishinaabe and Haudenosaunee territory, and living in Sǫ ̀ mba K’è, Yellowknives Dene territory, since 2015. Dunkin came to know the canoe first as a recreational vessel under the tutelage of her father and grandfather, and later as a tool and symbol of settler colonialism through a detailed study of the early encampments of the American Canoe Association (Canoe and Canvas, University of Toronto Press, 2019). Dunkin and John B. Zoe met through the NWT On The Land Collaborative. Through Zoe’s stories about the canoe in Tłı̨ chǫ culture, she has come to know the canoe, the land, and the people of her adopted home in new ways.

Larry McDermott is a culture carrier, knowledge holder, and storyteller recognized as an Elder by his community of Shabot Obaadjiwan, who has worked on behalf of the broader Algonquin community for many years, including as head Elder at the Silver Lake pow wow. He was taught by the respected Algonquin Elder William Commanda, and is the executive director of Plenty Canada, an Indigenous environmental organization based in Lanark, Ontario. McDermott has been an Ontario human rights commissioner and currently sits on the Indigenous Advisory Group and Indigenous Elders Circle for the Law Soceity of Ontario. He holds an honorary doctorate in laws from the Unvierity of Geulph and is part of a seven-year national research project focusing on Indigenous Conserved and Protected Areas. He is currently also coordinating COVID-19 relief efforts with traditional people in Guatemala and Peru through his work with Plenty Canada.

As a young child, John B. Zoe observed Tłı̨ chǫ Elders using canoes they made with canvas; traditionally they used birchbark. One summer, he watched the old Chief test a birchbark canoe he had made for leaks. In his preteens, he paddled canoes with his dad and relatives, harvesting muskrats in the spring for food and pelts to trade. Zoe has heard many stories over the years about travel by canoes to the harvesting areas, going back to the beginnings of our own time. His early observations grew into a passion for reviving canoeing as an annual activity and eventually as a storytelling subject, too. The stories are really in the landscape, and the pages turn with dips of the paddle.

Special Guest
Laura Peers is a historian, museum anthropologist and curator whose work links museums and Indigenous peoples. Currently based in Michi Saagig territory in Canada, she is Curator Emeritus and Research Associate at the Pitt Rivers Museum, and Exhibits Project Manager at the Canadian Canoe Museum.