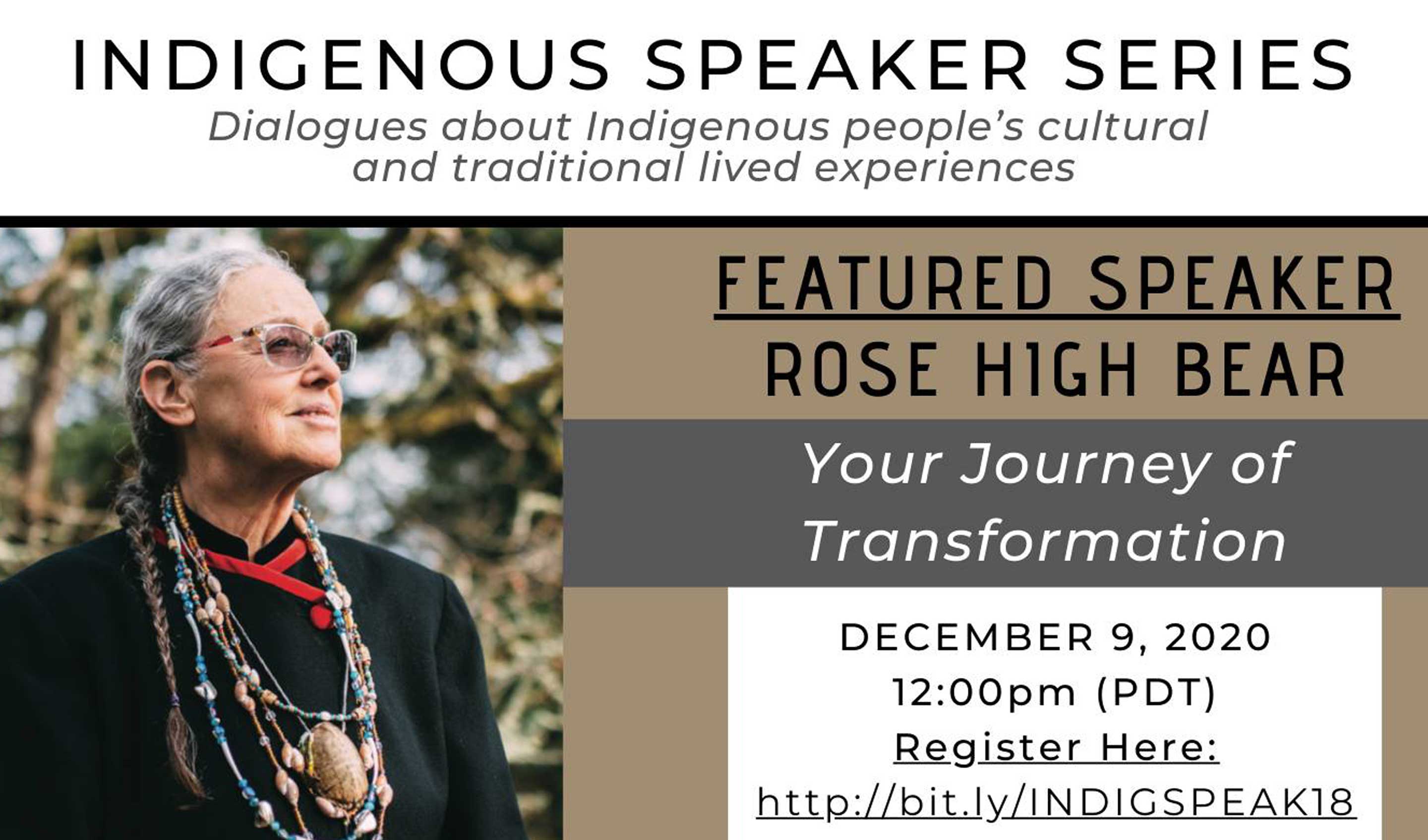 This is a non Confluence event

Title: Your Journey of Transformation

Rose High Bear (Deg Hit’an Dine, Inupiaq) is the Founder of Elderberry Wisdom Farm and operates a native blue elderberry farm in rural Marion County, Oregon. She was born and raised in a remote subarctic Athabascan village of McGrath on Alaska’s Kuskoquim River. Following graduation from Oregon State University, Corvallis, OR (B.S.), she made Portland, OR her home where, in 1993, she co-founded Wisdom of the Elders, Inc. (Wisdom). For 25 years, she dedicated herself as Executive Director to Wisdom’s mission and vision. She was Executive Producer of its multimedia productions, including the Native Wisdom Documentary Film Series, Wisdom of the Elders Radio Series and Discovering Our Story Television Program. She founded the Northwest Indian Storytellers Association in 2004 and worked with a group of Native storytellers to hold 11 annual tribal storytelling festivals and emerging tribal storytellers workshops. She produced the TEK educational series, Discovering Yidong Xinag in 2012 with primary support from Ciarra Greene (Nez Perce or Nimiipuu) followed by their development of Wisdom She moved to rural Marion County in 2018 where she founded Elderberry Wisdom Farm to develop an experiential environmental and cultural learning model for Native students and families.