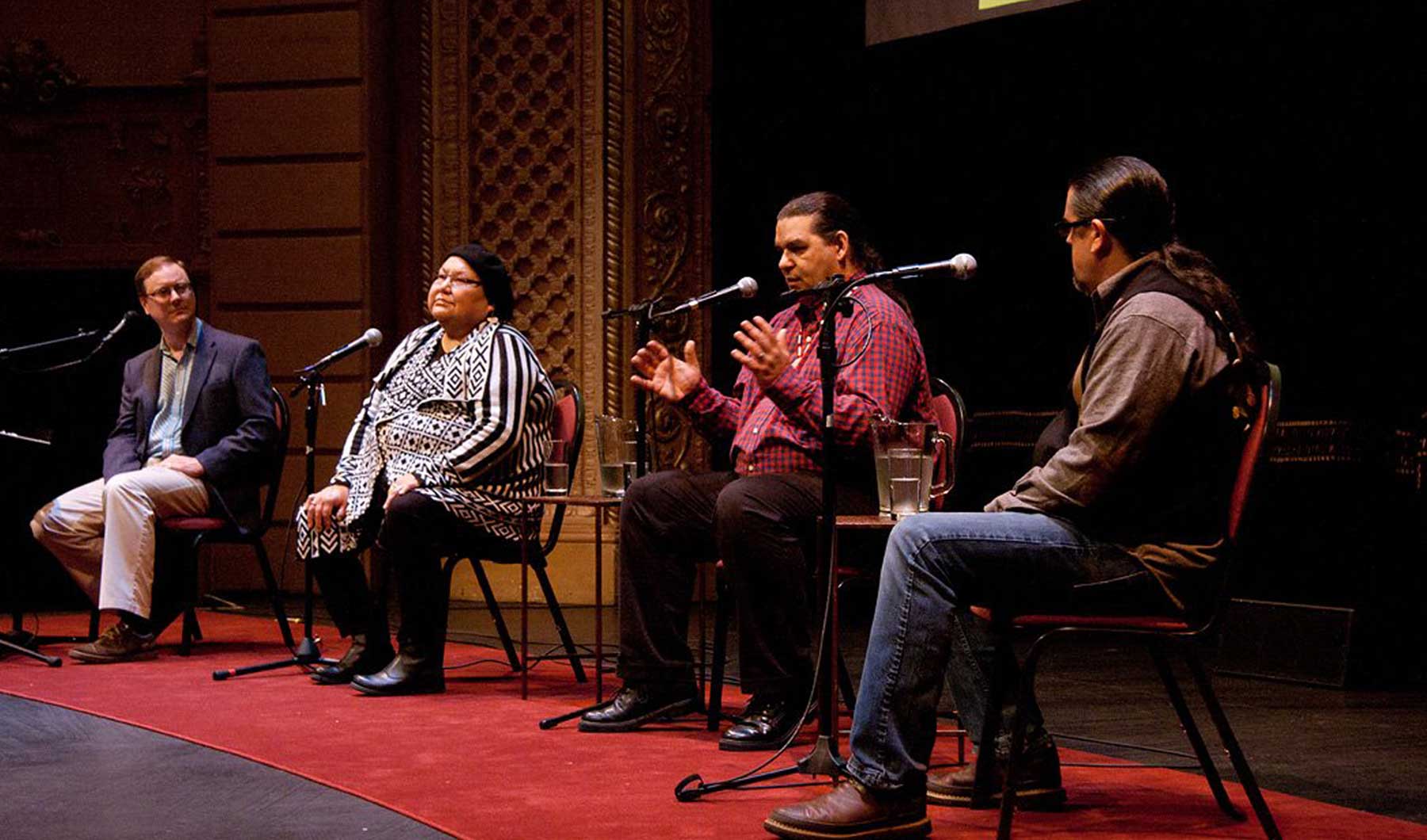 First-person storytelling has a unique power to deepen our understanding of the histories, cultures, and environment that surrounds us. Confluence Story Gatherings are welcoming forums that feature the stories of Native elders, leaders and thinkers, told in their own voices, as a way to explore the interconnectedness of the people and places of the Columbia River system. These events feature video selections of first-person narratives and mini-documentaries, followed by discussions led by a panel of Native representatives. This event is in partnership with Gorge Owned’s Sense of Place Lecture series.

At this Story Gathering, speakers will share personal stories on Native fishing, resource management, and the Columbia River Indigenous cultures that have equally evolved from these practices and also continue to sustain them. Themes will include principles and practice, climate change and restoration.

Carol Craig is an enrolled Yakama tribal member, Carol has 30 years of outreach experience related to tribal treaty rights, salmon recovery, tradition and culture. She has been nominated twice for the Ecotrust Indigenous Leadership Award. Currently, Carol is a reporter/photographer for the Yakama Nation Review and has received a number of journalism awards for her work.

Wilbur Slockish is a hereditary Klickitat Chief, a member of the Confederated Tribes and Bands of the Yakama Nation. He serves as a commissioner on the Columbia River Inter-Tribal Fish Commission. Wilbur was one of several men who were arrested along with David Sohappy for “illegally” fishing and selling their fish in a case known as “Salmon Scam”. He concentrates his efforts on water quality and health issues related to the Hanford Nuclear Power Plant.

Buck Jones is an enrolled Cayuse member of the Confederated Tribes of the Umatilla Indian Reservation (CTUIR). He was raised practicing sovereign rights including hunting, fishing, and gathering First Foods. Buck works for the Columbia River Inter-Tribal Fish Commission (CRITFC) as a Field Marketing Specialist in the Salmon Marketing Program. This position allows Buck to work on markets, provide training for approximately 600 Tribal Fishermen, and be involved in national and regional Tribal Food Sovereignty Groups.

About Gorge Owned
Gorge Owned is a member-supported 501(c)(3) community-building organization working toward resilient, thriving communities in the Columbia Gorge. Through community conversations, powerful lectures, and a passion for lifting up locals, we help people deepen their connections to place and each other. More info: https://gorgeowned.org