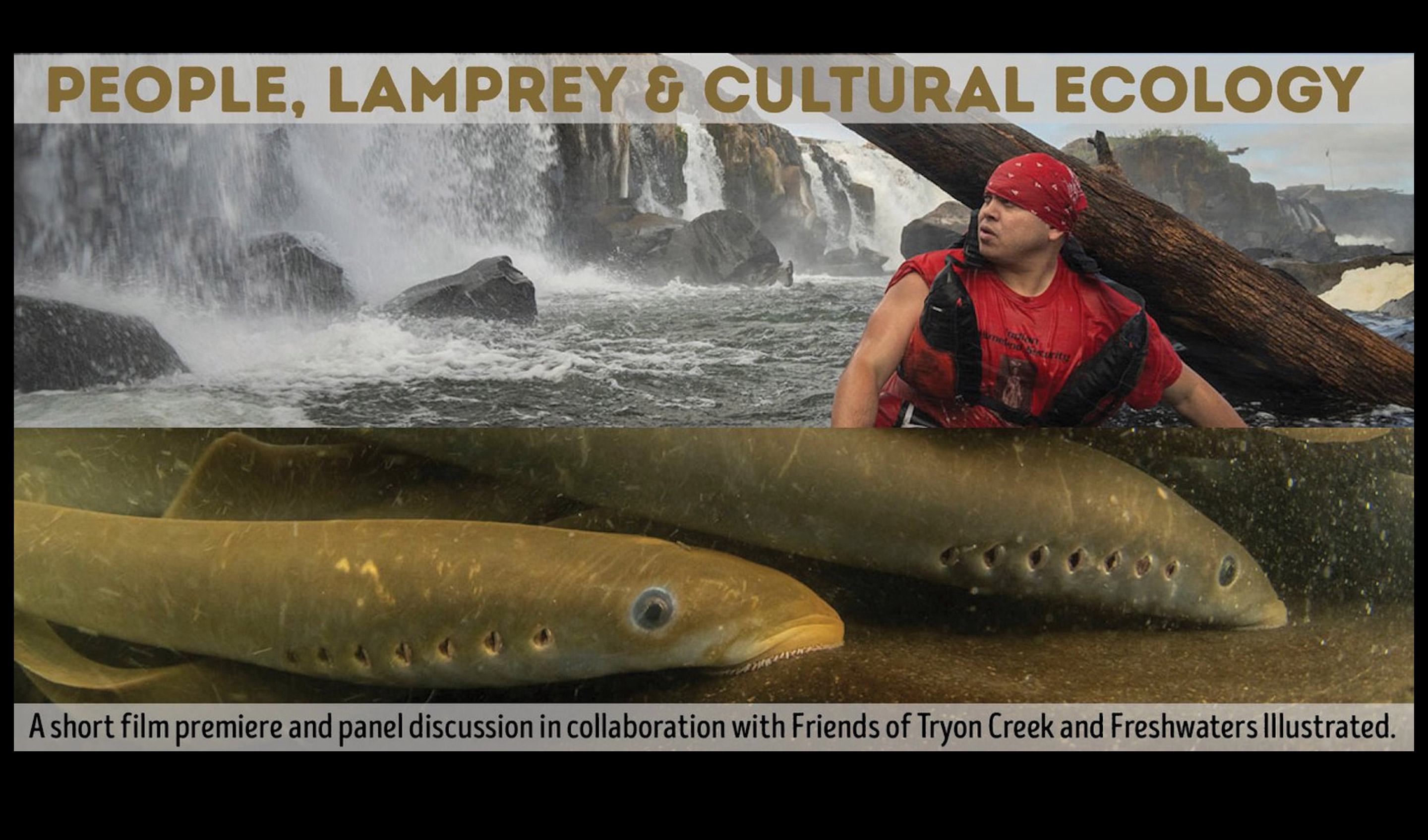 Space is limited, get your $5 tickets here.

Pacific lamprey are a cultural and ecological keystone of the lower Willamette River Basin, an important food resource for Indigenous People known as a First Food. Lamprey are the oldest living fish species in the world, having existed for over 450 million years. Pacific lamprey are in decline as a species, from environmental degradation, water pollution, non-native fish species, and hydroelectric dams, among other things. This film documents the Cultural Ecology of the local waterways, the historic narrative of cultural and scientific connections and relationships that have existed prior to western colonization, through the Pacific lamprey harvest at Willamette Falls, Oregon. Friends of Tryon Creek Executive Director Gabe Sheoships is an Indigenous (Confederated Tribes of the Umatilla Indian Reservation – Cayuse) Practitioner, Biologist, and Educator who has reimagined the Friends of Tryon Creek organization through an Indigenous worldview. This film documents an overview of how Friends of Tryon Creek’s educational programming represents the authentic narratives of the landscape otherwise known as Cultural Ecology.