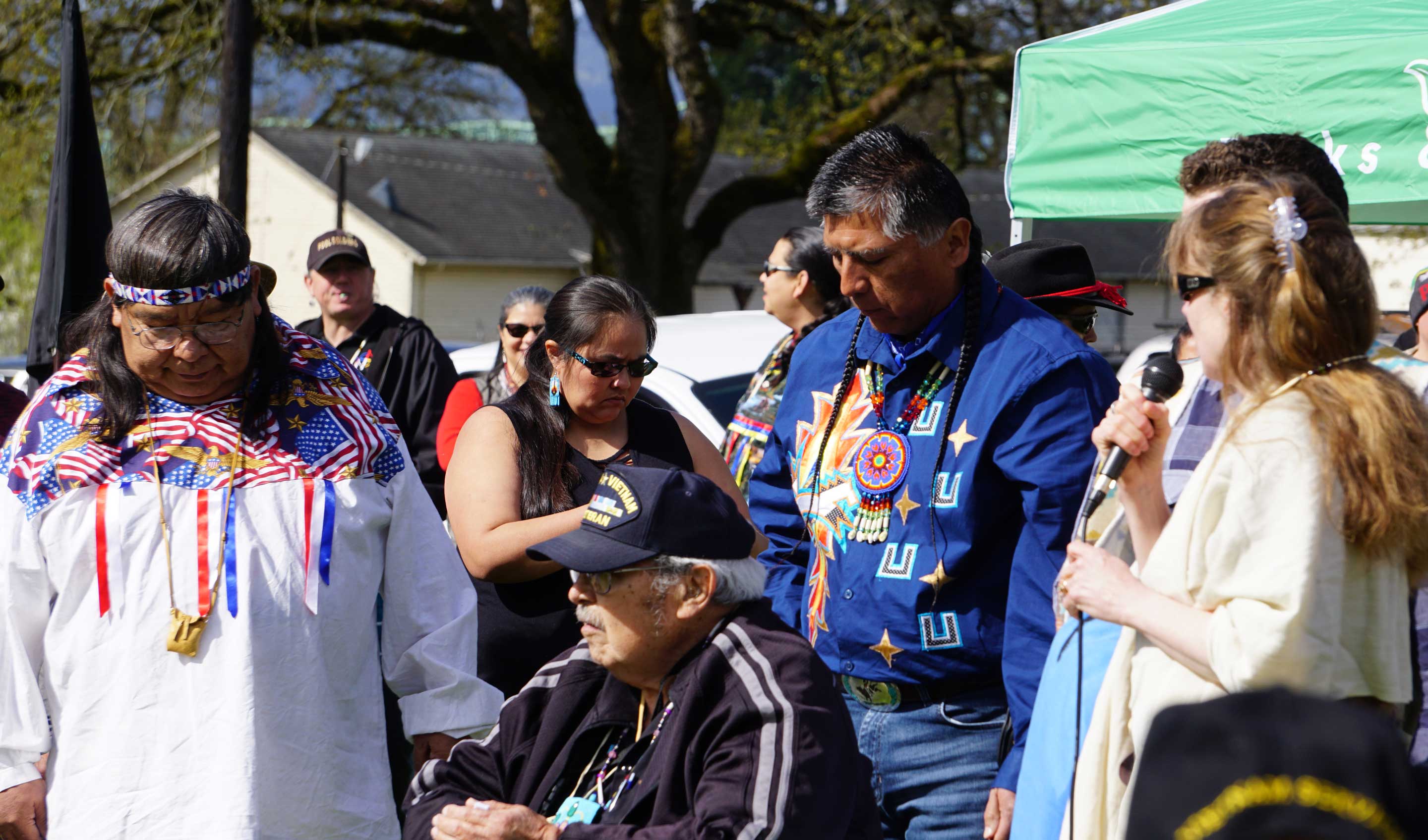 Each year, Nimiipuu (Nez Perce) people gather in a grassy field at the Fort Vancouver National Historic Site to honor their ancestors who were incarcerated here in 1877-78. More than 120 years later, the Redheart Memorial began in 1998 to honor those ancestors and has happened every year until 2020, when it was cancelled because of the coronavirus pandemic.

This year it will be happening in person. The Nez Perce Indian Nation will hold the ceremony 10 a.m. to noon on Saturday, April 23 on the Fort Vancouver National Historic Site (612 E. Reserve Street). The event is free to the public, although donations are welcome. While the event is in person, you can also join via a livestream (link below) if you cannot be there in person.

The men, women, and children that were incarcerated — members of a band led by Chief Redheart at the time — were treated harshly. Conditions were so bad that a young boy died. During the Nez Perce War of 1877, as the U.S. Army was attempting to remove tribal members from ancestral lands, 33 members of Chief Redheart’s band were captured under the direction of General O.O. Howard. Even though the band neither fought in Indian Wars nor committed any crimes, they were held prisoner at Fort Vancouver through the winter of 1877-78.

The ceremony pays tribute to tribal ideals, honors tribal ancestors and helps to heal old wounds. Activities include singing, speeches, a drum circle and recognition of all U.S. military veterans.

This event is hosted by the Nez Perce Tribe with support from Community Military Appreciation Committee, The Historic Trust, National Park Services and the City of Vancouver.