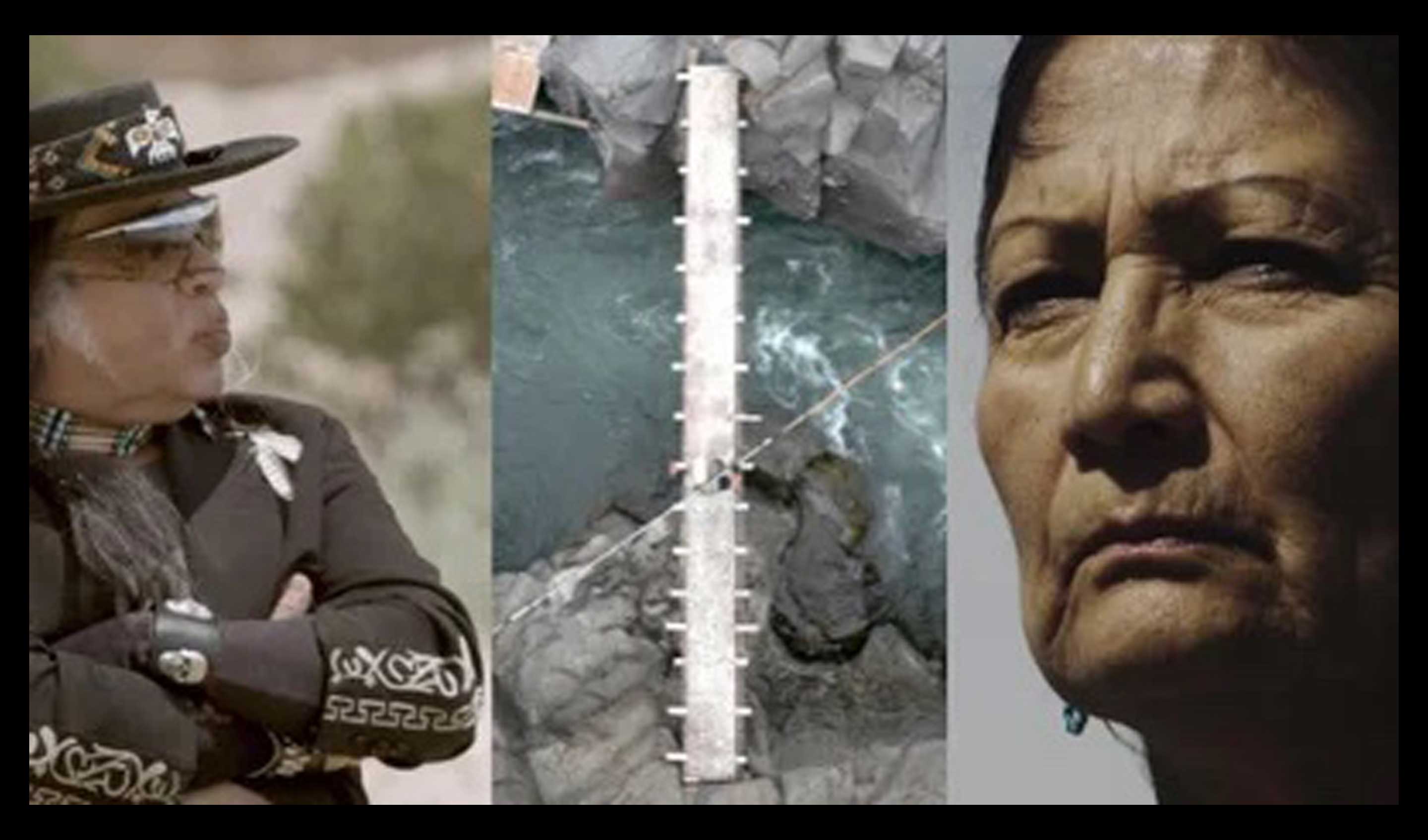 The Portland EcoFilm is honored to present a program of three short films featuring Indigenous perspectives, accomplishments, stories, and struggles:

A SONG OFTEN PLAYED ON THE RADIO
In a search for the mythological Cities of Cibola, a horseman finds himself in a race against another rogue seeking the valuable metals of the New Mexican desert. Spurred by the justification of moralistic ‘dichos’, the rival explorers come to learn about what truly brought them to this land, understanding their true identities, and finding they were only stealing from themselves.
(2019; Directed by Cristóbal Martínez and Raven Chacon; 23 min.)

LAND OF THE YAKAMAS
At once sweeping, meditative, and conversational, this short film focuses on the importance of the ancestral lands surrounding the general Nch’i-Wàna (Columbia River) area, as well as some of the environmental challenges that the communities of the region face because of colonial exploitation and degradation.
(2021; Dir. Rush Sturges and Tyler Bradt; 9 min.)

OUR STORY: THE INDIGENOUS-LED FIGHT TO PROTECT GREATER CHACO
90% of the available lands in the Greater Chaco, including the World Heritage Site, Chaco National Historical Park, have already been leased for oil and gas extraction. Over the course of three years, as they struggled to protect what little remains of this sacred landscape, Navajo and Pueblo leadership, including Secretary of the Interior Deb Haaland (Laguna Pueblo), Julia Bernal (Sandia Pueblo), and Navajo Nation Council Delegate Daniel Tso collaborated to tell their stories in this film.
(2021; Directed by Daniel Tso and Michael Ramsey; 48 min.)