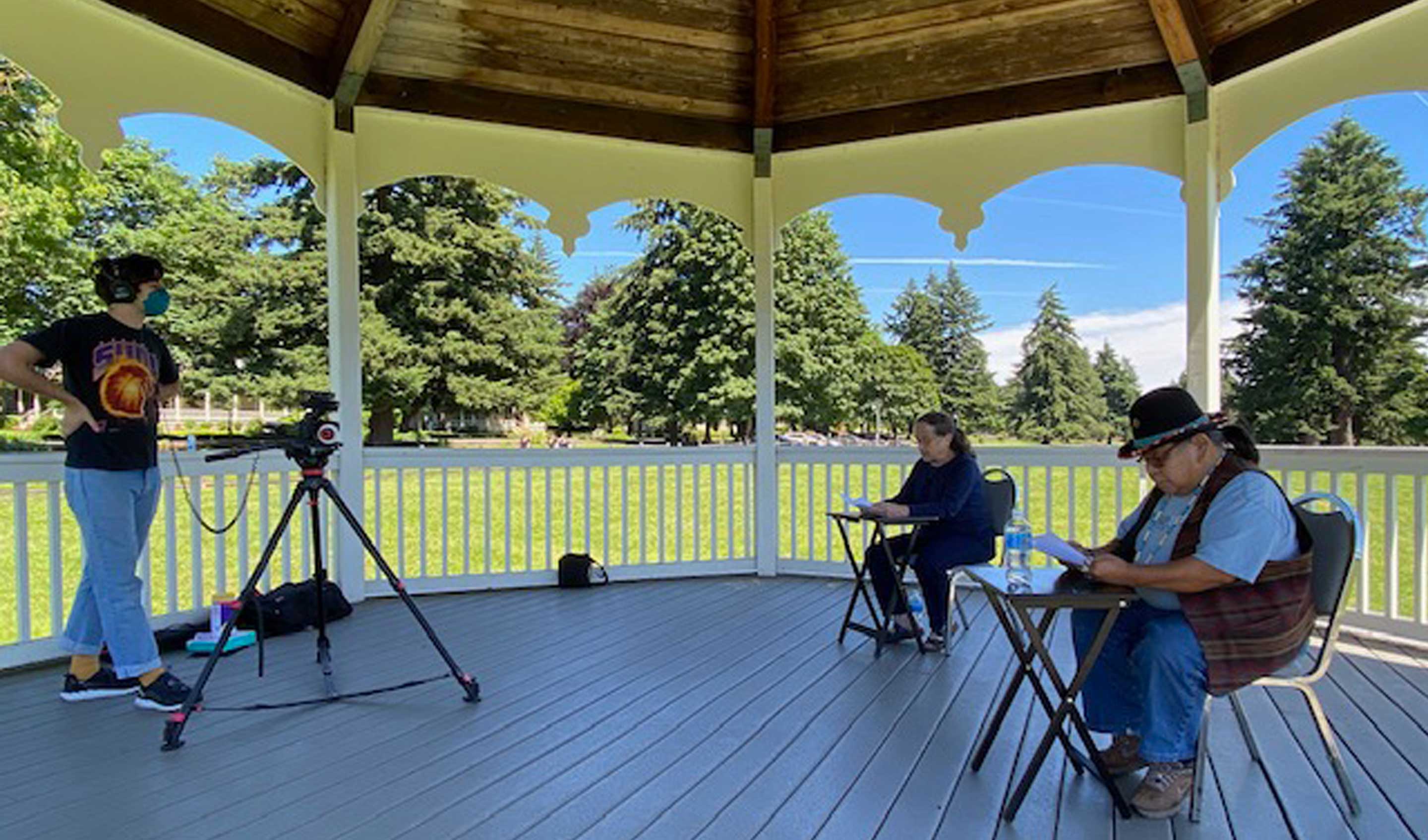 The stories of Ed Edmo and Lani Roberts were recorded outdoors socially distanced from each other. 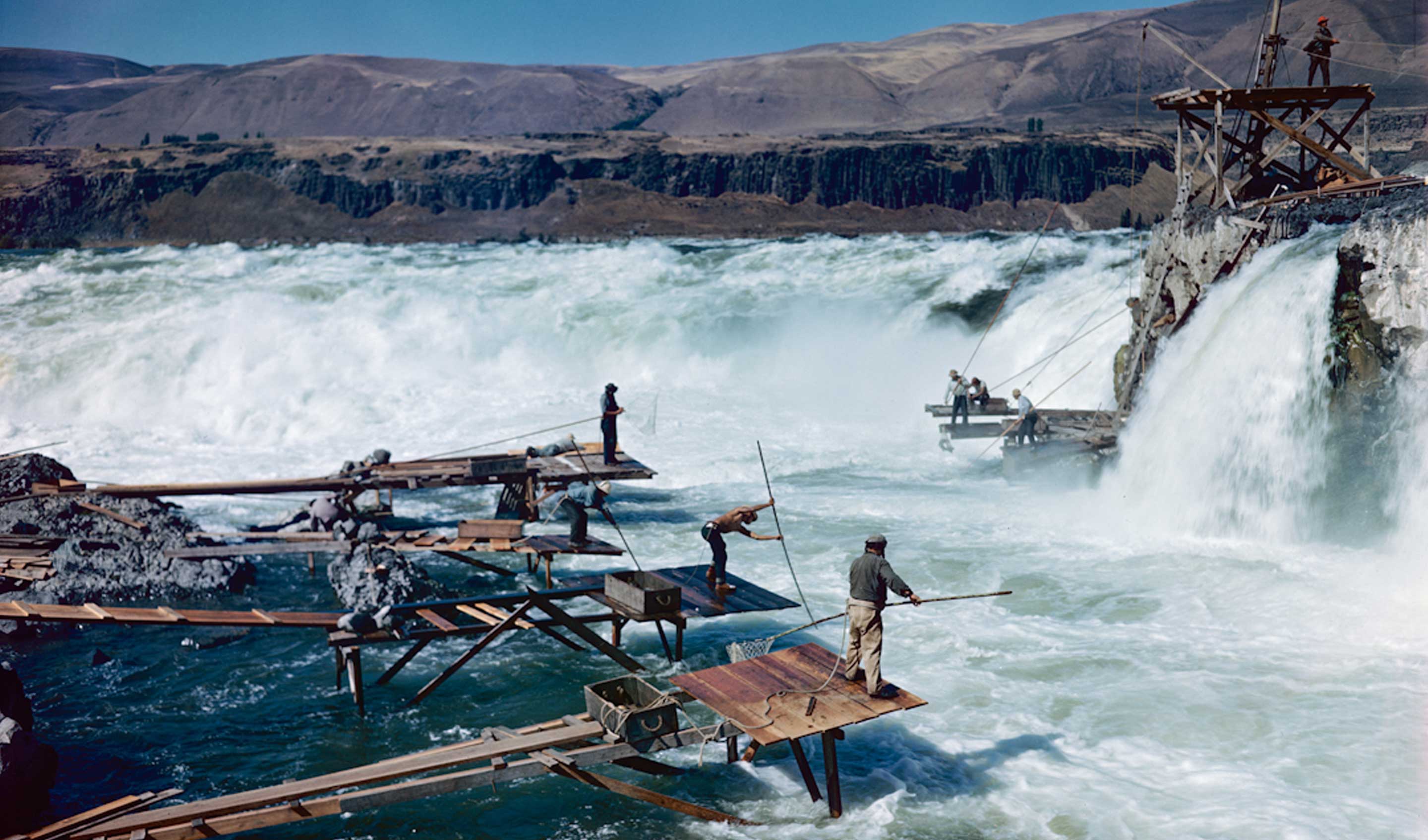 In “Celilo Falls: Parallel Lives Along N’chi-Wana ,” Native American Elder, Storyteller, and Educator Ed Edmo, and former professor Lani Roberts speak about growing up in The Dalles during the 1950s. Ed is Shoshone Bannock, Nez Perce, and Yakama and lived at the fishing village at Celilo Falls until it’s inundation in March 1957. Lani grew up six miles away just outside The Dalles, a descendant of a settler family. Although they grew up in the same area and are the same age, their lives were lived in parallel fashion because of the differences in their ethnic heritage. During their childhoods, signs in the windows of businesses read, “No dogs or Indians allowed.” Their juxtaposed stories give a full picture of rural Oregon and the parallel lives they led along the N’chi-Wana River. They are both authors of the chapter “Celilo Falls: Parallel Lives Along N’chi-Wana,” in Seeing Color: Indigenous People and Racialized Ethnic Minorities in Oregon.

Last year Confluence did this same program in person in The Dalles. This version will be streamed online, on with a live Q&A afterward. You can view it on our Youtube channel or our Facebook page. You can also go here on our website, where the Youtube live stream will be routed.

Internationally acclaimed poet, storyteller, actor and clay artist, Ed Edmo uses puppets to tell Indian legends to children and adults – helping people learn to laugh again. Since 1981, Ed has traveled to colleges, pre-schools, trade shows, pow-wows, and more as a Native Consultant. In 1984, Ed earned top prize at the Interstate Firehouse Cultural Center One Act Play Festival for his play, Through Coyote’s Eyes: A Visit with Ed Edmo. In addition to co-authoring “Celilo Falls: Parallel Lives Along N’Che Wana” in, Seeing Color: Indigenous Peoples and Radicalized Ethnic Minorities in Oregon, he is also the author of A Nation Within.

Lani Roberts (Ph.D., B.A., Philosophy, University of Oregon) was a faculty member in the Philosophy Department at Oregon State University from spring 1989 through spring 2011. She has now retired and moved east of the Cascades, back home to the Columbia Gorge where her family settled in the 1860s. During her time in the OSU Philosophy Department, Professor Roberts directed the Graduate Program, coordinated the Applied Ethics Certificate, and directed the Peace Studies Program.  She was a founding member of Faculty and Staff for Peace and Justice at OSU, and a member of AFAPC (Association of Faculty for the Advancement of People of Color).