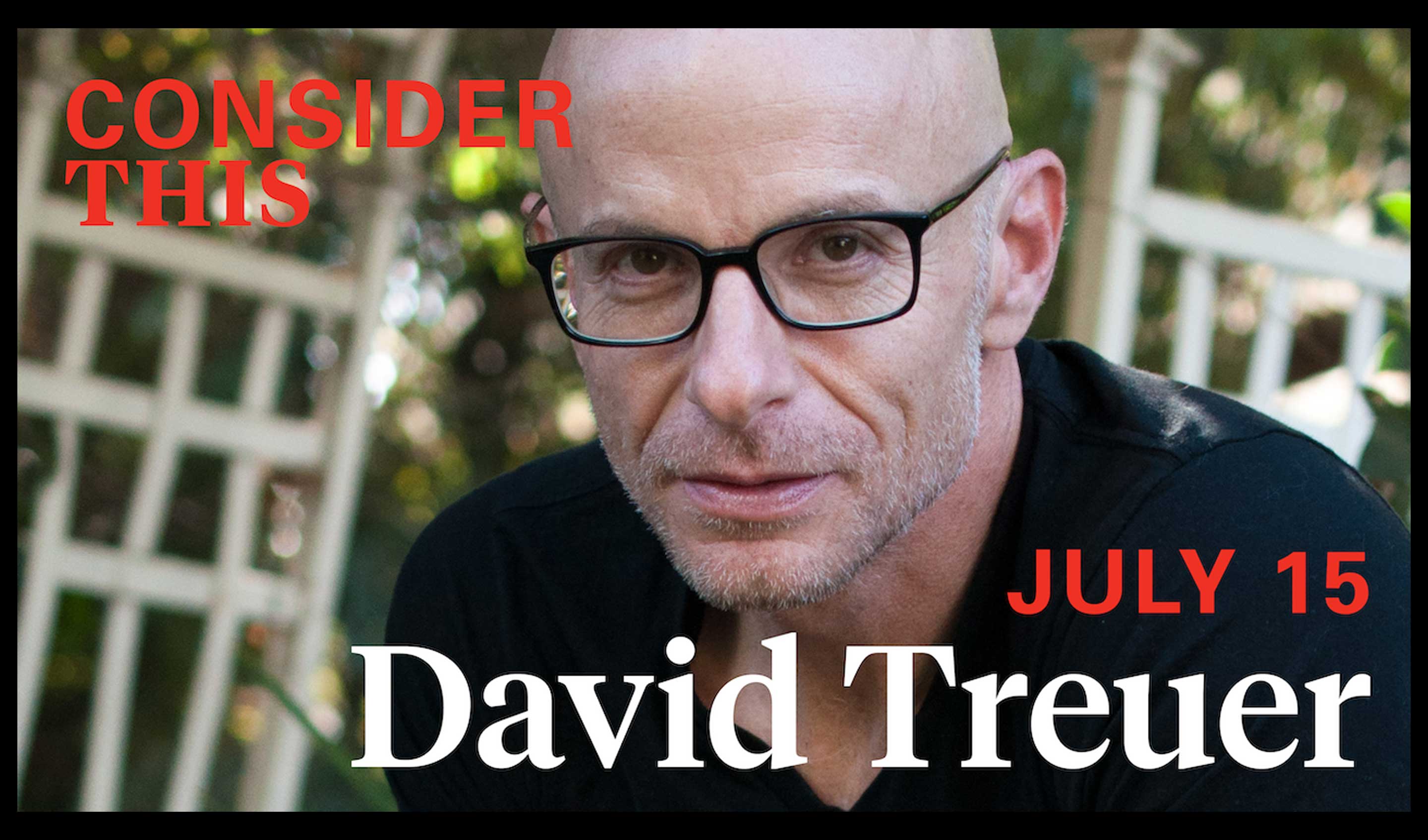 On July 15, David Treuer (Ojibwe), author of The Heartbeat of Wounded Knee and several other books, will join Oregon Humanities for a conversation on land, possession, and justice. The history of the Americas is inextricable from the theft of land from Native people. How should we, in the present, deal with this fact?

In a recent article in The Atlantic, Treuer wrote about one possibility: “All 85 million acres of national-park sites should be turned over to a consortium of federally recognized tribes in the United States. . . . To be entrusted with the stewardship of America’s most precious landscapes would be a deeply meaningful form of restitution.”

The conversation will take place starting at 5:00 p.m. Pacific on Thursday, July 15, via Zoom and YouTube. To join us and other viewers in our virtual lobby for post-talk conversation, please RSVP here. Recordings of the program will be available shortly after the event.

About the Speaker:
New York Times Bestselling author David Treuer is Ojibwe from the Leech Lake Reservation in northern Minnesota. The son of a Jewish Holocaust survivor and an Ojibwe lawyer and judge, Treuer grew up on the Leech Lake Reservation before attending Princeton where he worked with Toni Morrison and the University of Michigan where he earned his PhD in anthropology. Treuer is the author of seven books—four novels and three works of nonfiction. He is the winner of three Minnesota Book Awards, the California Book Award for Nonfiction, the Housatonic Book Award, and was a finalist for the National Book Award and the Carnegie Medal. His writing has appeared in Harper’s, The Atlantic Monthly, The New York Times, LA Times, and The Washington Post, among others. He divides his time between his home on the Leech Lake Reservation and Los Angeles, where he is a Professor of English at The University of Southern California.