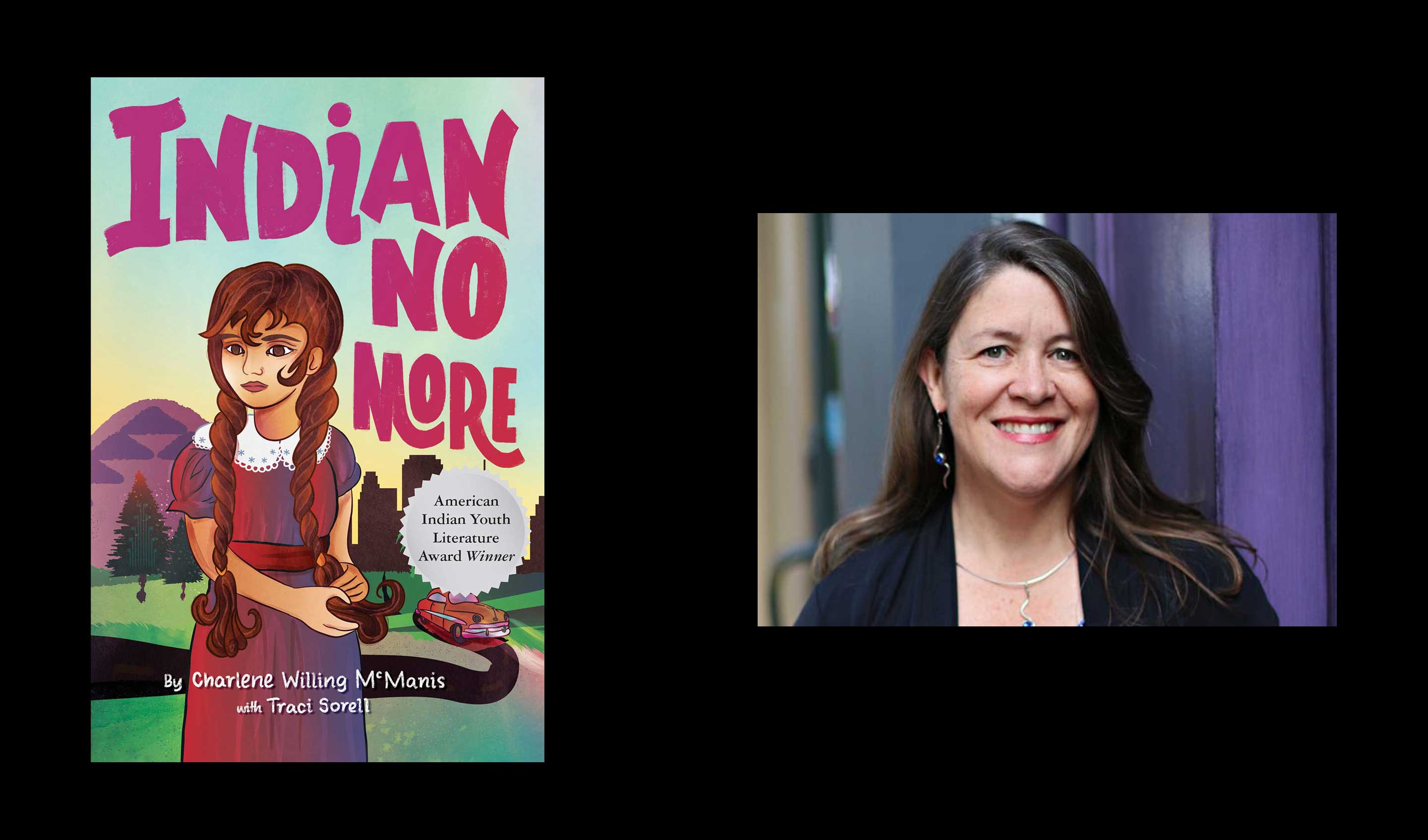 Join us for this virtual event with Traci Sorell, the co-author of Indian No More, written with Charlene Willing McManis. This event is intended for K-12 students, and the book is written for grade 5, but there is a lot to learn from it for all ages, K-Adult.

If you are a teacher, please indicate on the registration form how many students are coming.

This event is a partnership with the Cottonwood School of Civics and Science.

About Indian No More:

Regina Petit’s family has always been Umpqua, and living on the Grand Ronde Tribe’s reservation is all ten-year-old Regina has ever known. Her biggest worry is that Sasquatch may actually exist out in the forest. But when the federal government enacts a law that says Regina’s tribe no longer exists, Regina becomes “Indian no more” overnight–even though she lives with her tribe and practices tribal customs, and even though her ancestors were Indian for countless generations.

Now that they’ve been forced from their homeland, Regina’s father signs the family up for the federal Indian Relocation Program and moves them to Los Angeles. Regina finds a whole new world in her neighborhood on 58th Place. She’s never met kids of other races, and they’ve never met a real Indian. For the first time in her life, Regina comes face to face with the viciousness of racism, personally and toward her new friends.

Meanwhile, her father believes that if he works hard, their family will be treated just like white Americans. But it’s not that easy. It’s 1957 during the Civil Rights era, and the family struggles without their tribal community and land. At least Regina has her grandmother, Chich, and her stories. At least they are all together.

In this moving middle-grade novel drawing upon Umpqua author Charlene Willing McManis’s own tribal history, Regina must find out: Who is Regina Petit? Is she Indian, American, or both? And will she and her family ever be okay?

The late Charlene Willing McManis  (1953-2018) was born in Portland, Oregon and grew up in Los Angeles. She was of Umpqua tribal heritage and enrolled in the Confederated Tribes of Grand Ronde. Charlene served in the U.S. Navy and later received her Bachelor’s degree in Native American Education. She lived with her family in Vermont and served on that state’s Commission on Native American Affairs. In 2016, Charlene received a mentorship with award-winning poet and author Margarita Engle through We Need Diverse Books. That manuscript became this novel, which is based on her family’s experiences after their tribe was terminated in 1954. She passed away in 2018, knowing that her friend Traci Sorell would complete the revisions Charlene was unable to finish.

Traci Sorell writes fiction and nonfiction books as well as poems for children. Her lyrical story in verse, At the Mountain’s Base, celebrates the bonds of family and the history of history-making women pilots, including Millie Rexroat (Oglala Lakota). We Are Grateful: Otsaliheliga, her Sibert Honor, Boston Globe-Horn Book Picture Book Honor, and Orbis Pictus Honor–award-winning nonfiction picture book, received starred reviews from Kirkus Reviews, School Library Journal, The Horn Book and Shelf Awareness. A former federal Indian law attorney and policy advocate, she is an enrolled citizen of the Cherokee Nation and lives in northeastern Oklahoma, where her tribe is located. For more about Traci and her other works, visit tracisorell.com.