History, Place, and the Reckoning with Pioneer Monuments and Memorials 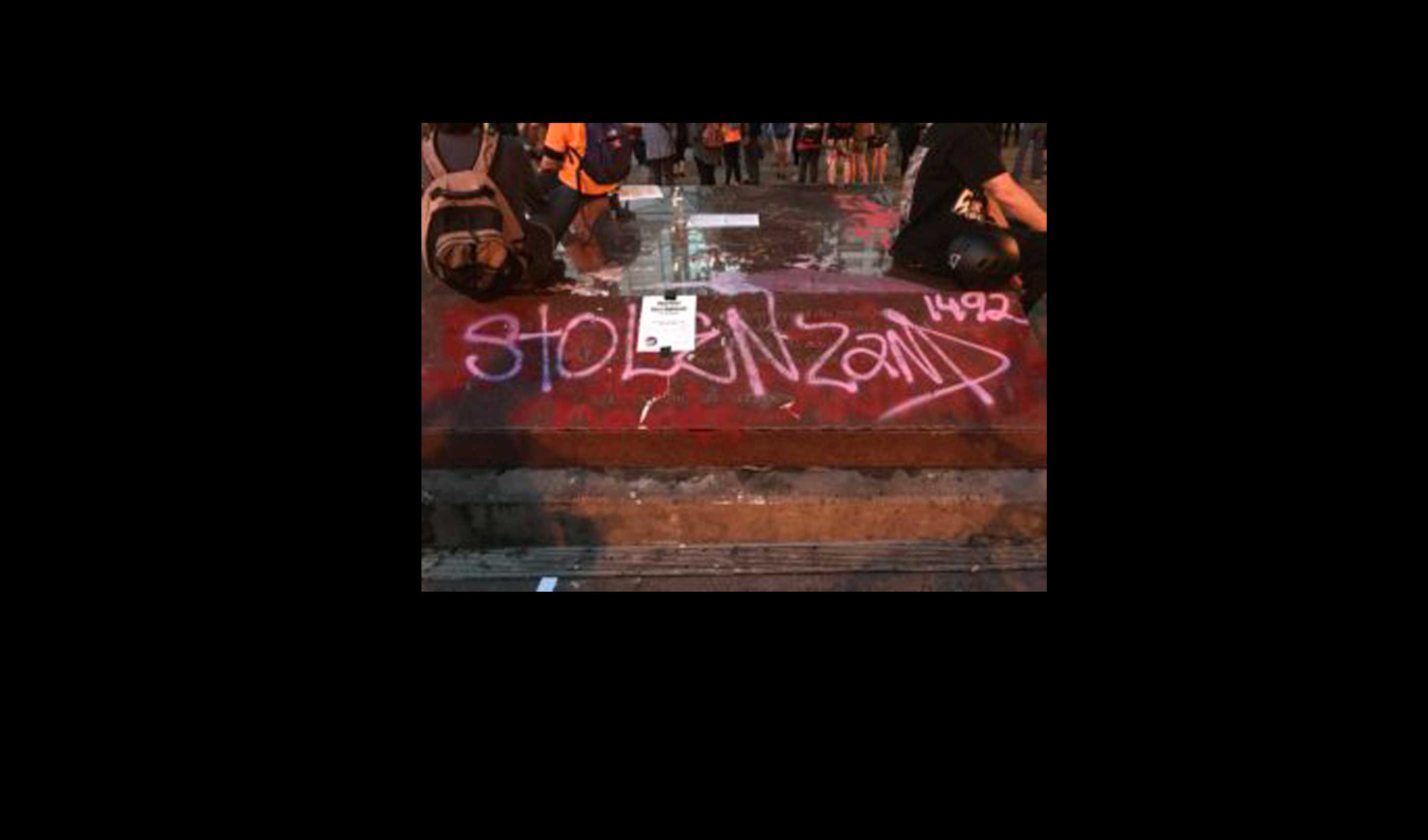 This is a non-Confluence event.

Pioneer statues and memorials –- always with different implications for different people – have recently become increasingly controversial across our country. For many viewers, they still celebrate pioneers and the pioneer spirit central to the founding of the state; for others, they stand as provocative relics of a racist past. Recent protests over these prominent symbols reveal a deepening divide in the debate over historical memory. Join Ellen Eisenberg, David Lewis, and April Slabosheski for an informative and reflective discussion of disputes over the role played by such statues and memorials in our public spaces.

Co-sponsored by OJMCHE and the Oregon Historical Society.

Ellen Eisenberg holds the Dwight and Margaret Lear chair in American History at Willamette University, where she teaches courses on the history of the U.S. since the Civil War, with an emphasis on immigration, ethnicity, and race. She recently taught a first-year seminar focusing on historical memory and the controversies over monuments, titled “Whose History? Whose Memory?” Her published work includes five monographs and a number of articles on American Jewish history, with a focus on the American West. The First to Cry Down Injustice? Western Jews and Japanese Removal during WWII was a 2008 National Jewish Book Award finalist. She is currently editing an anthology tentatively titled Jews as Whites, Jews as Others: Relational Identities in the American West, which is under contract with Brandeis University Press.

David G. Lewis PhD, a member of the Confederated tribes of Grand Ronde, and descended from the Santiam, Chinook, and Takelma tribes of Oregon. A former manager of the Culture Department at the Grand Ronde Tribe, and current faculty at OSU in Anthropology and Ethnic Studies. He regularly researches, writes, and presents about the tribes of Oregon and produce a blog with historic essays Quartux Journal at ndnhistoryresearch.com.

April Slabosheski worked as an educator at OJMCHE from 2014-2018 where she led tours of the Oregon Holocaust Memorial and guided engagement with learners around public space and memorialization. The co-curator of OJMCHE’s exhibition, The Holocaust: An Oregon Perspective, and recipient of travel grants to engage with sites of Holocaust memory in Poland and Germany, April is drawn to consider the ongoing and ever-changing relationships between public space and intergenerational memory. She holds an MA in Judaic Studies from the University of Michigan, where she collaborated with the U.S. National Park Service’s National Historic Landmarks Program and researched Holocaust memory through art and public space.