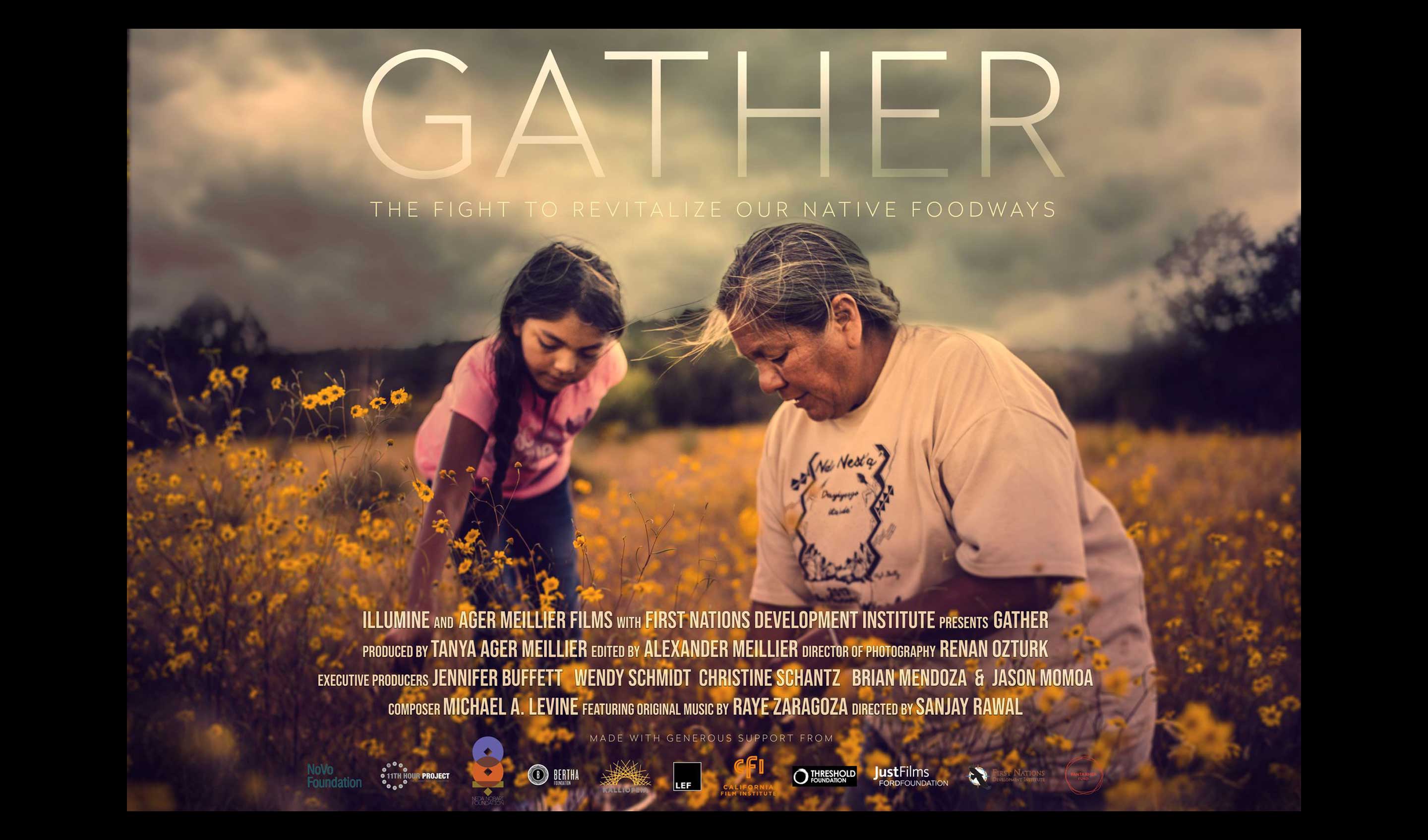 Join Confluence for an online discussion of the film Gather with cast members. Gather is an intimate portrait of the growing movement amongst Native Americans to reclaim their spiritual, political, and cultural identities through food sovereignty, while battling the trauma of centuries of genocide.

The documentary follows Nephi Craig, a chef from the White Mountain Apache Nation (Arizona), opening an indigenous café as a nutritional recovery clinic; Elsie Dubray, a young scientist from the Cheyenne River Sioux Nation (South Dakota), conducting landmark studies on bison; and the Ancestral Guard, a group of environmental activists from the Yurok Nation (Northern California), trying to save the Klamath River. You can read more about it here.

Register with Confluence to screen the film on your own and join us for the event. We will send you a link to view the movie asynchronously in a few-day window then join a Zoom discussion and Q&A with the cast members.

Support for this program comes from the Oregon Cultural Trust. Thanks!