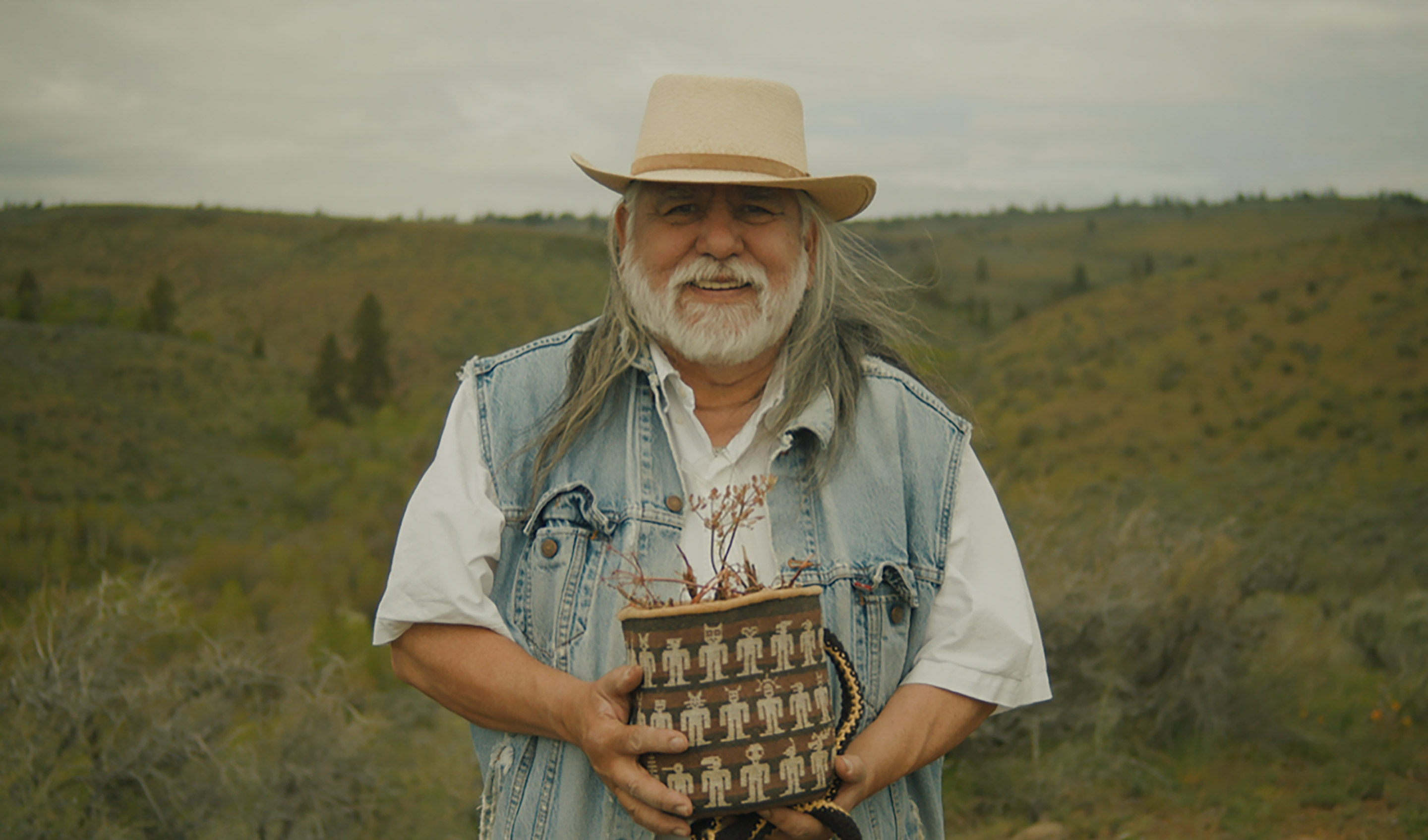 For many Native communities throughout the High Desert, what constitutes art spans beyond the walls of a gallery or a museum. Objects are alive, tied to purpose and intrinsic to thriving communities. Art is at once utilitarian and ceremonial, as well as part of the continuation of Native traditions.

Opening on January 28, 2023, Creations of Spirit will immerse High Desert Museum visitors in the Indigenous Plateau worldview, reflecting knowledge systems of tribes along the Columbia River and its tributaries.

Six Native artists commissioned for this new, original exhibition are creating artwork that will be used in Native communities before arriving at the Museum. A seventh artist is creating an interactive piece for the center of the gallery. Creations of Spirit will be a one-of-a-kind, celebratory experience featuring the stories of these living works of art. Videos, audio and large projections will immerse visitors in the landscapes and communities in which these objects are used, highlighting the theme of artwork as alive, full of stories and created for specific purposes and people. The original works will be supplemented with pieces on loan from the Smithsonian’s National Museum of the American Indian in Washington, D.C.

The artists in Creations of Spirit have roots throughout the Plateau region. Acclaimed artist Joe Feddersen (Colville) is creating a basket that will be used to harvest roots in the spring. The contemporary sculptor, basket weaver, painter, photographer and mixed-media artist is well known for geometric patterns reflective of what is found in the environment, landscape and his Native American heritage. Feddersen is a member of the Colville Confederated Tribal Arts and Humanities Board. In 2001, he received the Eiteljorg Fellowship for Native American Fine Art award and is one of six Indigenous artists to be featured in the 2023 Renwick Gallery Invitational Renwick Gallery Invitational at the Smithsonian’s American Art Museum in Washington, D.C.

RYAN! Feddersen (Colville), is a well-known regional artist working on the art piece for the center of the Creations of Spirit gallery. Feddersen grew up in Wenatchee, Washington and is now based in Tacoma. Her visual artwork utilizes metaphor, history, Plateau storytelling and pop culture influences. Her large-scale pieces have been shown at the Seattle Art Museum, Museum of Art & History Santa Cruz, Burke Museum and Portland Art Museum.

Natalie Kirk (Warm Springs) is weaving two baskets that will be used to educate youth through schools and community programs. Kirk considers herself a contemporary weaver who has shown her artwork at the Museum of Contemporary Craft in partnership with the Pacific Northwest College of Art in Portland.

H’Klumaiyat Roberta Joy Kirk (Wasco, Warm Springs, Diné) is creating regalia for young women to wear during special ceremonies. Kirk has spent her life sewing and beading since her family lost priceless family heirlooms in a house fire as a young girl. She passes down the intricate art of Plateau beadwork through classes and mentoring. Kirk was a recipient of the 2020 Governor’s Arts Award.

Phillip Cash Cash, Ph.D., (Cayuse, Nez Perce) is producing traditional Plateau flutes that he will play to help teach others about this culturally significant instrument. Cash Cash is an artist, writer, endangered language advocate and linguistic anthropology scholar. As a fluent Nez Perce speaker, he works with communities and professional organizations on projects of cultural advocacy, identity and communication. He is a co-founder of the Indigenous artist and writer collective luk’upsiimey/North Star Collective. Cash Cash serves on the board of the Endangered Language Fund and the Native Voices Endowment.

Jefferson Greene (Confederated Tribes of Warm Springs) is constructing a tule reed canoe and paddles that will be used by Native youth in continuing important cultural traditions. Greene is an executive at the Columbia River Institute for Indigenous Development Foundation and an Ichishkiin language instructor. Greene is also an artist who offers classes to students, kindergarten to professional level in language, arts, sports, health and spiritual education.

Kelli Palmer (Wasco, Warm Springs) is creating a traditional corn husk hat known as a Patłapa. Palmer grew up on the Warm Springs Reservation. When at a Northwest Native American Basketweavers Association gathering, Palmer’s mother tricked her into walking around the room. Palmer ended up sitting down in her first class and she’s been weaving ever since. She now teaches basketry classes throughout Oregon and Washington. Among numerous awards, she received Best in Show at the Tribal Member Art Show in Warm Springs in 2009 and Honorable Mention in 2011.