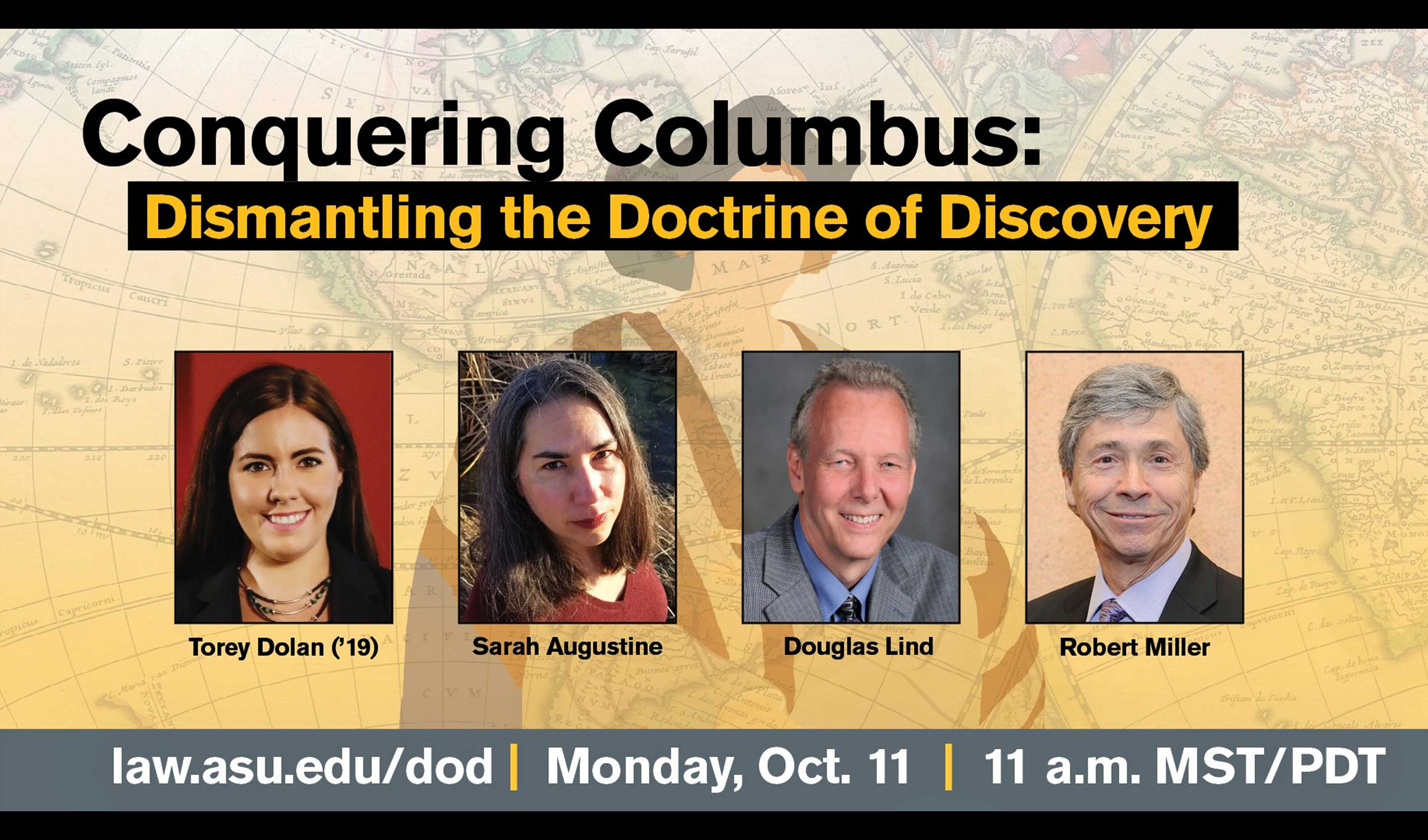 For centuries, during the so-called Age of Discovery, the European maritime powers partitioned and asserted ownership over the homelands of Indigenous peoples worldwide according to which among them first sighted or set foot on a land previously unknown to Europe. This practice, known today as the Doctrine of Discovery, enabled Europeans to appropriate vast territories and build colonial empires. The Conquering Columbus webinar will describe the theory and historic process of the Doctrine of Discovery and consider how it instituted long-term negative impacts on Indigenous people. Our panel of experts will discuss how the doctrine rationalized the taking of Indigenous lands, exploited Indigenous peoples, and devastated their cultures. Drawing insights from law, religion, and philosophy, they will examine its contemporary influence and continued existence, and ask whether it is possible for the United States to move past the Doctrine of Discovery.