Confluence Conversations: Voices of Family in Land and Sky (Online) 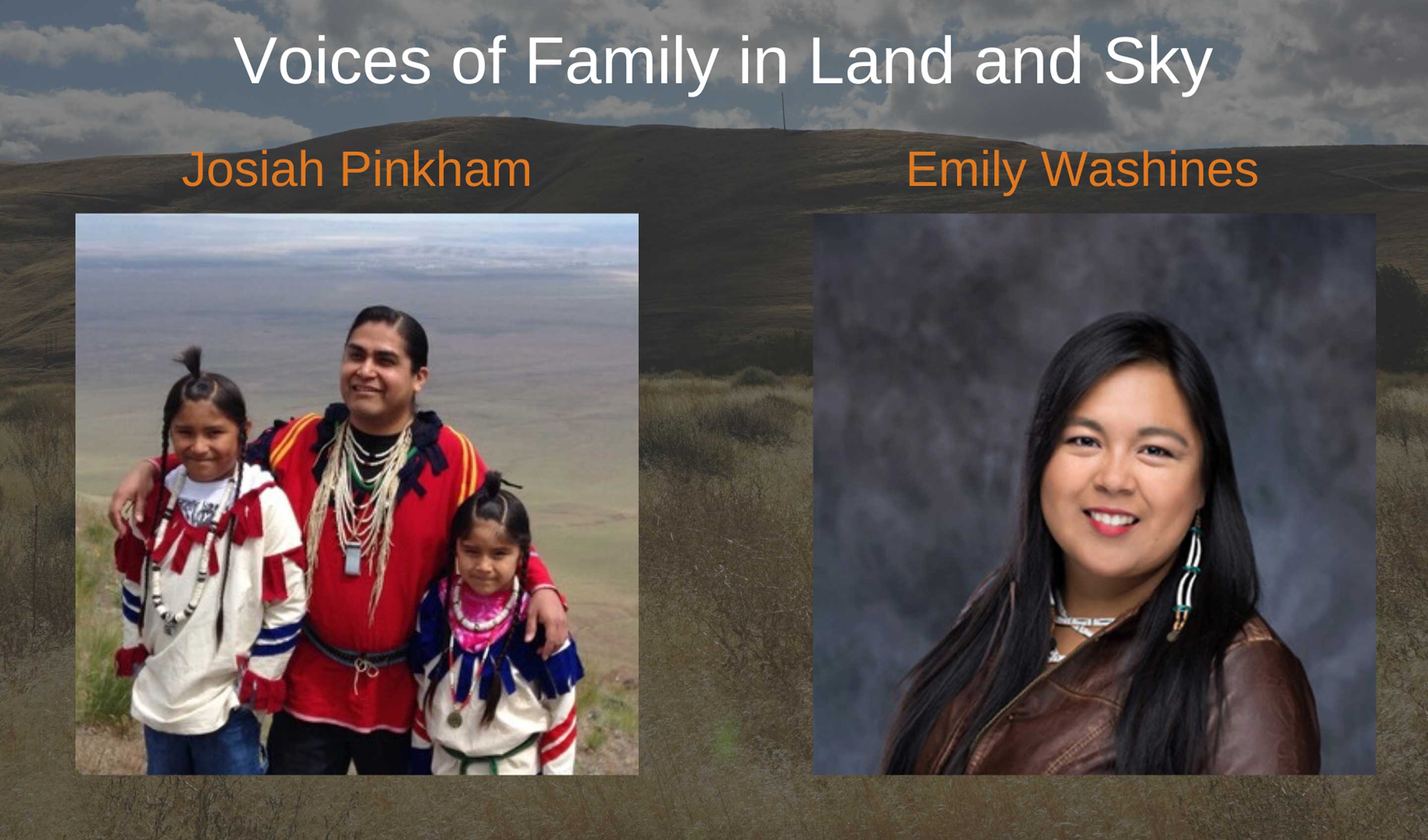 Confluence Conversations: Voices of Family in Land and Sky with Emily Washines and Josiah Pinkham

Join us for a conversation between two family members, Emily Washines and Josiah Pinkham, as they discuss finding resilience, comfort, and strength in times of challenge.

Questions can be asked via Facebook comments and the questions will be forwarded on to Emily and Josiah by the moderator. If you do not have a FB account, you can email info@confluenceproject.org during the broadcast with your question.

Emily Washines is an enrolled Yakama Nation tribal member with Cree and Skokomish lineage. A scholar, with a Master’s in Public Administration, her work is in film, writing, speaking, exhibits. Her blog, Native Friends, focuses on history, culture, and building understanding and support for Native Americans. Her research topics include the Yakama War, Native women, traditional knowledge, resource management, fishing rights, and food sovereignty. She has been focusing much attention on researching and speaking on the historical aspects of missing and murdered Native women on the Yakama reservation, with particular emphasis on women and girls who were raped and murdered in the years leading up to the Yakama War of 1855-58. Emily speaks Ichiskiin (Yakama language) and other Native languages. Yakima Herald-Republic lists her as Top 39 under 39. She received a Single Impact Event Award for her 2018 presentation from the Association of King County Historical Organizations. She is a board member of the Museum of Culture and Environment, Artist Trust, and Columbia Riverkeeper. She is adjunct faculty at Yakima Valley College. She lives on the Yakama reservation with her husband and three children.

Josiah Blackeagle Pinkham was raised on the Nez Perce Indian Reservation in north-central Idaho and has worked in the cultural resource field for over 20 years as a Nez Perce Tribal Intern, Tribal Traditions Technician, Ethnographer, and a Cultural Specialist. He has also worked on a variety of cultural resource workgroups with several federal, state, and county agencies, as well as private corporations and other tribes.

Presently, his work deals with the Department of Energy’s (DOE) cleanup of the Hanford Nuclear Reservation in Central Washington where he participates in monthly Cultural Workgroup meetings with the DOE Richland Office. He also participates in the State and Tribal Government Working Group managed by the National Conference of State Legislatures and interfaces with the U.S. Fish and Wildlife Service and the Bonneville Power Administration. While he believes his knowledge comes from the elders and the Nez Perce landscape he is also a graduate of Lewis-Clark State College with an interdisciplinary honors degree in Native American studies and psychology. Mr. Pinkham regularly speaks to public schools, college classes and the public. He has travelled nationwide and has also travelled overseas for interpretative talks and cultural exchanges.