“An Evening with Maya Lin: At the Intersection of Art, Architecture and the Environment.”

When
Where
Zoom
register 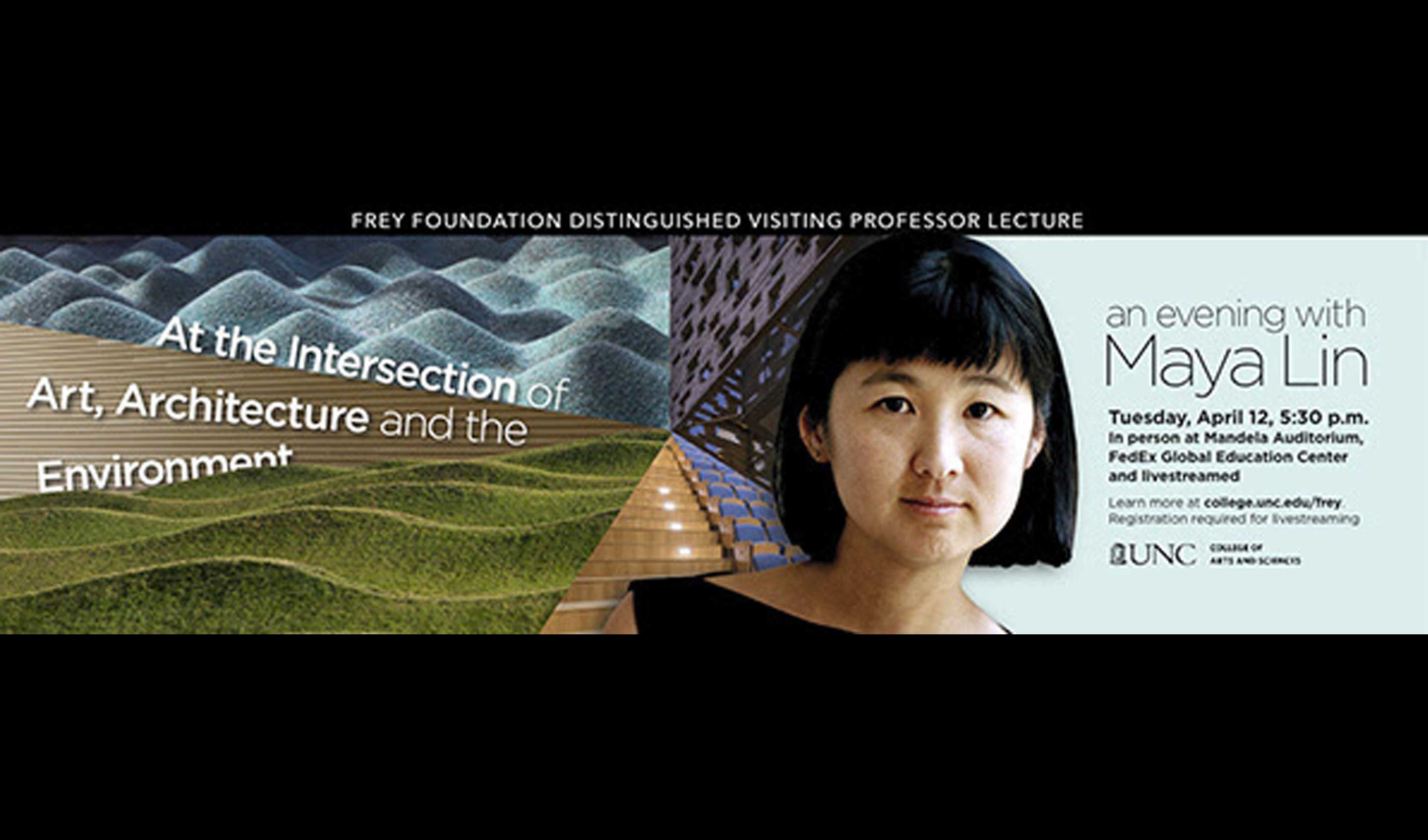 Online lecture. In person in North Carolina, live-streamed for those worldwide.

“An Evening with Maya Lin: At the Intersection of Art, Architecture and the Environment.”

Artist and Designer Maya Lin interprets the natural world through the lens of history, politics and culture. Her unique installations, architecture and memorials, such as the Vietnam Veterans Memorial, become a part of the land and merge physical and psychological environments to create a new way of seeing the world around us. In her visually rich presentations, Lin includes a retrospective of her art and architectural works as well as her groundbreaking memorials as she discusses her work process, the future of the planet, and our relationship with our environment.

In 2009 she was awarded the National Medal of Arts — the nation’s highest honor for artistic excellence. Lin was again awarded in 2016 with the Presidential Medal of Freedom – the nation’s highest civilian honor. Lin’s memorials address the critical social and historical issues of our time. From the Vietnam Memorial, which she designed as an undergraduate student at Yale, to the Civil Rights Memorial in Alabama and the Women’s Table at Yale, she makes our history part of the landscape. A committed environmentalist, she is working on her last memorial, “What is Missing?,” a cross-platform, global memorial to the planet, located in select scientific institutions, online and in a book, calling attention to the crisis surrounding biodiversity and habitat loss.

Lin has been the subject of numerous solo exhibitions at museums and galleries worldwide, with works in the permanent collections of the National Gallery of Art, the Metropolitan Museum of Art, the Museum of Modern Art, and the Smithsonian Institution.