Termination: The Attempt to Destroy and the Rebuilding of the Siletz Tribes 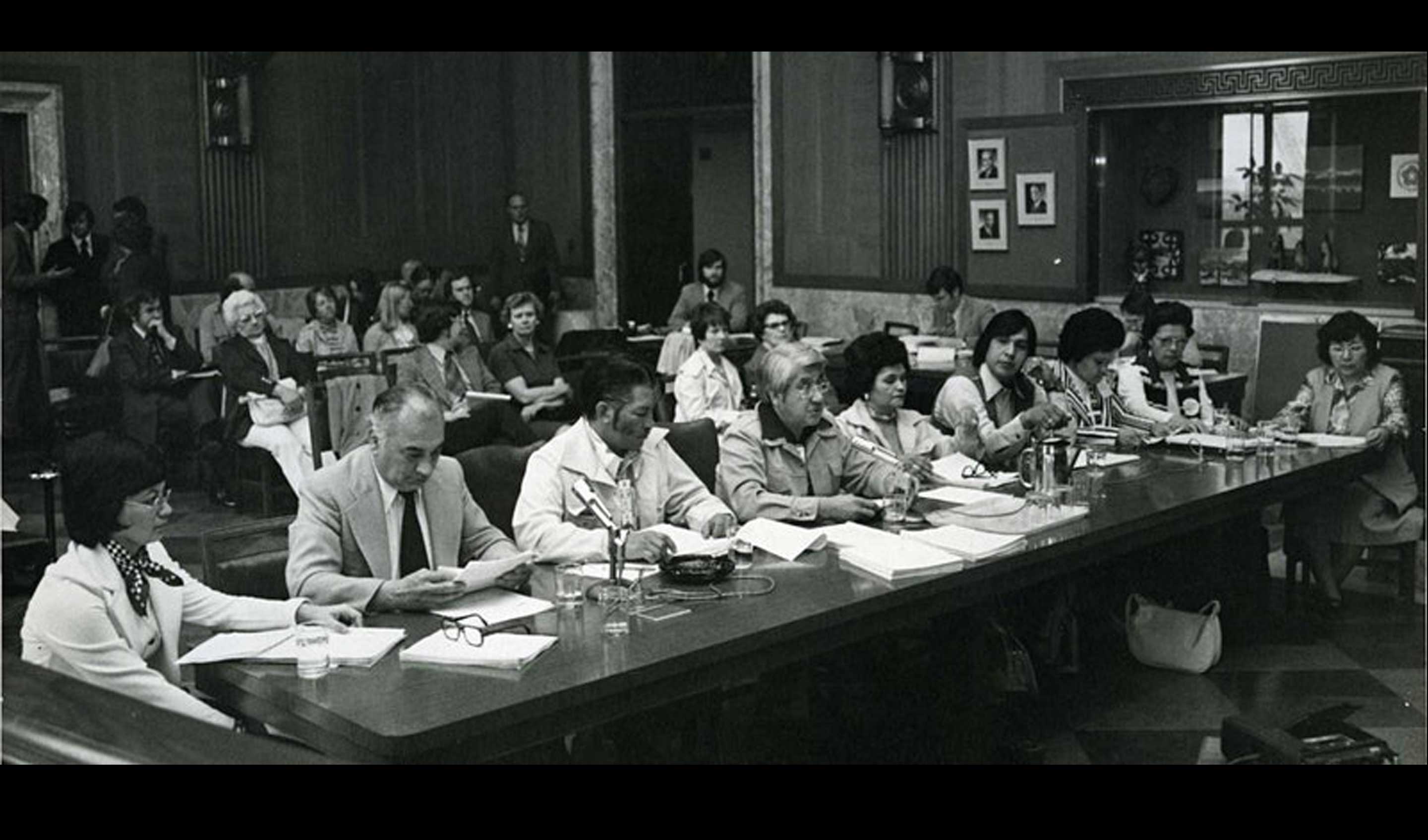 Image caption: Congressional hearing on the Siletz Restoration Bill in 1976, courtesy of the Confederated Tribes of Siletz Indians

This is a non Confluence event, hosted by Ecotrust.

Termination: The Attempt to Destroy and the Rebuilding of the Siletz Tribes

The federal policy known as Termination was one of the most destructive policies ever initiated by the United States Congress. Passed in 1953 and signed by President Harry Truman, Termination was intended to end tribal rights as sovereign nations and completely dispossess tribes of their lands. Ed Ben (Siletz) will offer his first-hand account of the reactions and actions of the Confederated Tribes of Siletz Indians as Termination was forced upon them. Our second speaker, Bud Lane (Siletz), will discuss the impacts of Termination and the tribes’ efforts to rebuild itself over 44 years to become a vibrant, culturally-focused sovereign nation once again.

A Navy veteran who served in World War II, Ed Ben was actively involved in the Tribes’ restoration efforts after the Termination Act passed and was elected to the first tribal council post-restoration. Now an elder at age 93, and following in the footsteps of his father, Archie, Mr. Ben continues to pass on his historical, cultural, and language knowledge about the Tribes to younger generations.

Alfred “Bud” Lane III is the current vice-chairman of the Confederated Tribes of Siletz Indians Tribal Council, a position he has held since 1987. He is a knowledge holder and teacher of the Athabaskan language and culture bearer of Siletz traditions and basketry. Siletz children and adults are learning the language, songs, and dances of their ancestors through Bud. He is a 2007 ILA Honoree.

This is the second of four briefings in this series. Learn more about the full series and RSVP.

Image caption: Congressional hearing on the Siletz Restoration Bill in 1976, courtesy of the Confederated Tribes of Siletz Indians